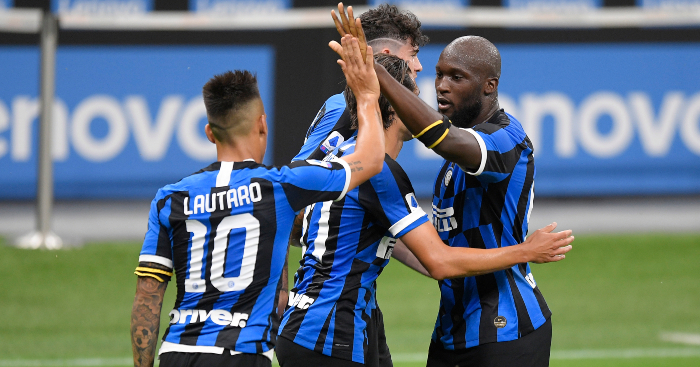 Football in England returned this weekend and, true to form, none of the teams we support managed to win. It’s good to have you back, old friend.

Despite the personal misfortune of watching our own clubs, this is the happiest we’ve felt in months. The goals below will go a long way to explaining why.

Makes this look far too easy.

Takes it from halfway, beats four players and then the keeper! 😱

After they had an early goal disallowed Valencia now have their lead 🦇 pic.twitter.com/HpUEpYrcNF

look at mane running down the wing 😭😭 pic.twitter.com/8NQQV4wgpj

One man lying behind the wall, another sprinting back to the goal line 👀

And they worked for Sevilla this time! 👏 pic.twitter.com/q0uc77xV8N

“It’s too far out for a shot, even for Óscar…”pic.twitter.com/jWVFxlotvi

Is being a pundit good for his health?

We're just gonna sit and watch Roy Keane going in on David De Gea on a loop to remind us that football really IS back 🙃 pic.twitter.com/j78LbHYoRJ

A great strike from the England full-back. Ben Foster didn't have a chance!#PLReturns pic.twitter.com/4NKYvjKgGm

Things we didn’t expect to see.

Lukaku and Eriksen combine and the Belgian puts Inter in front! 🔵⚫

A great move from Conte's side 👏 pic.twitter.com/8J2hsrsIxB

His numbers are getting sillier and sillier.

Robert Lewandowski is the first non-German player to score more than 31 goals in a single Bundesliga season 🇵🇱🔥 pic.twitter.com/7iGdAyNiSI

A picture perfect curler from Rafinha! 😍

And a minute later he added another one 😱

A rampant Celta are 4-0 up before half time at Balaídos and playing with a man advantage against Alaves 👀 pic.twitter.com/XDSlnoyHMn

A big weekend for the teenager.

MOTM in a Russian Premier League game where his side lost 10-1.

Forced to play their U17 side with main stars in quarantine, Popov made 15 saves including this pen.🔥

Possibly the best dummy of all time pic.twitter.com/UCU5bO0VOg

We can’t begin to tell you just how much we love seeing goals being scored again.

What a hit from Di Carmine! 🚀

That's a quickfire brace from him, and Verona are in complete control now 🔥 pic.twitter.com/PslRDJRNiE

The biggest STEAL in the history of football. Look what happened to poor Piatek in the game vs Leverkusen! pic.twitter.com/BGZAMp4J5I