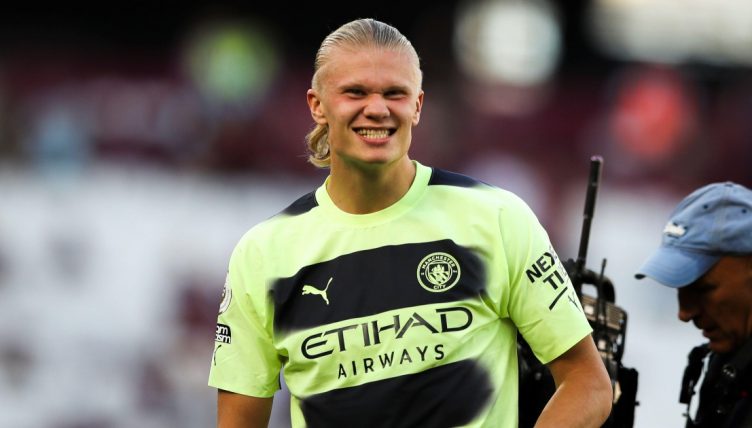 The 2022-23 Premier League season is now underway and the opening weekend provided lots of drama, shocks and entertainment.

We’ve already put a bet on him scoring on the opening day of next season.

Most Premier League goals scored on the opening weekend:

Messi’s goal wasn’t the best in France on Saturday though. That was scored by Guingamp winger Livolant.

Barcelona’s Brazilians really do love to put on a show.

Lewandowski has already built up an impressive connection with his new team-mates.

It’s fair to say that Mane has settled in at Bayern Munich pretty quickly.

The Liverpool loanee made a pretty good first impression on his Aberdeen debut.

Did this a minute after coming on for his Nice debut, didn’t he? Classic Ramsey.

🎯 | Not happy with just scoring a beauty on Tuesday night vs Midtjylland, Enzo Fernandéz is back at it again vs Arouca.

Not a bad way to open his Feyenoord account.

The high priest of shithousery was at it again for LAFC.

A few minutes after peak Chiellini, we got peak Bale.

Alessia Russo is a trendsetter.

Chicho Arango, that was tasty 😮‍💨

The FA Cup’s preliminary rounds have started and this lad was determined not to let the magic die.

The magic of the FA Cup at Hassocks v Lingfield pic.twitter.com/sxkCrqVxOP

Everyone loves a bit of handbags in the dugout.

Jesse Marsch and Bruno Lage clash on the touchline at full-time 😡 pic.twitter.com/knZVxuI1dd

It’s still early in the season but that’s Carragher 1-0 Neville.

.@GNev2 🗣I think this goal (Kovačić against Liverpool) got a Neville aaaahhh.
ProjectFOOTBALL’s Noah Olaoye “Not many things get a Neville aaaahhh” @Carra23 “Not even Emma” 😳🤣🤣
Looking forward to more goalgasms this season on @SkySports pic.twitter.com/GlgVcPvNIu