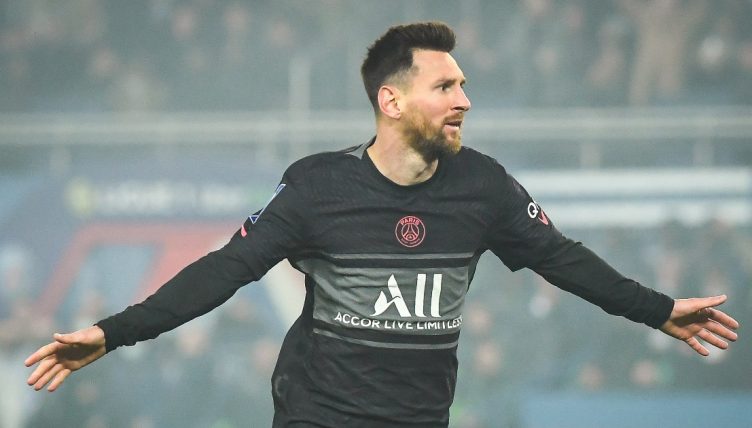 All eyes were on Manchester United over the weekend as Ole Gunnar Solskjaer was sacked after an embarrassing 4-1 defeat to Watford.

Did Kante send the Leicester midfielder for a hotdog? Ndidi did.

N'Golo had Ndidi on a slip-n-slide man wooooo pic.twitter.com/1kZvSoJjVf

. Exactly what you want to see.

I dunno man I think i'd watch a Klopp vs Arteta deathmatch pic.twitter.com/gSUwdtwkPM

The Liverpool right-back is an assist machine.

And he got a hat-trick of assists for England on Monday. 🤯 pic.twitter.com/V4F9wwt17E

The first of many, you’d imagine.

At the 21st attempt, the Argentine opens his account for PSG in France's top flight.

Vintage strike from the 34-year-old! 💥 pic.twitter.com/bwWdNFJRQ8

A nice gesture to front up on a difficult day.

Bruno Fernandes gesturing to the Man United fans not to boo Ole Gunnar Solskjaer and that the players also take responsibility 👏 pic.twitter.com/g0ZMjXejc9

This is such a satisfying goal to watch.

Amine Gouiri with a thing of beauty! 😍

Nice come from behind to take a well deserved lead at Clermont 👏 pic.twitter.com/rx98GFGHPs

No matter how old we are, this stuff will always make us laugh.

Keane in the Old Trafford dugout would certainly be interesting.

"Give it Keane until the end of the season!" 👀

"He has slagged off half off the dressing room" 😂

The technique on this finish is just lovely.

A 94th-minute winner… from his own half! 😳#EFL | @ShrimpsOfficial pic.twitter.com/04pzkeV0lG

BANGERS ONLY IN THE @AUDI #MLSCUPPLAYOFFS

Jose Mourinho has got a special talent on his hands.

Two goals in 12 minutes for the 18-year-old! 👏 pic.twitter.com/gLsLPYdOkr

Beautiful goal from Vinícius Júnior!
⁰
The combination play between the Brazilian, Benzema and Modric there was just absurd 🤌 pic.twitter.com/Dd96KedsQc

That’s at least a nine on the Trevor Sinclair scale.

The Senegalese international with a marvellous overhead kick for Cagliari! pic.twitter.com/0HSwRiVgV0

9.3 on the Chris Brass barometer. pic.twitter.com/9Vc31htuUV