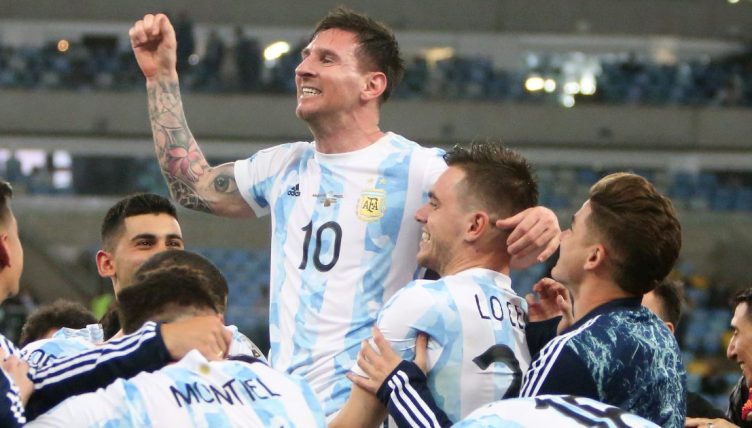 After a brilliant and dramatic summer of football, Italy broke English hearts to win the Euro 2020 final following a penalty shootout at Wembley.

Messi couldn’t hide his emotions after the full-time whistle.

The moment when Messi knew he finally won 😢😢🥲🥲🐐 pic.twitter.com/ccK6tfgVV4

This piece of skill is far more important than the result.

A goal worthy of winning any final.

The former Barcelona team-mates had an emotional embrace after the final.

This moment between Neymar and Messi.

“Leonardo Bonucci and Giorgio Chiellini… they could go to Harvard University to give classes about how to be a central defender. They’re quality. When I say quality I don't just say creative players. Chiellini-Bonucci, it’s absolutely beautiful to see”. 🇮🇹

England may have lost but we need to talk about this penalty from the centre-back.

One of the most cynical fouls you’ll ever see.

Keane has his priorities in order.

How did our pundits react to Shaw's goal?

"I spent the next 20 minutes getting the wrath of him for knocking his coffee over!" 🤣#ITAENG | @England | #Euro2020 pic.twitter.com/o9GptDBpfB

It’s good to know that De Rossi is still as crazy as ever.

Cristiano Ronaldo won’t be happy with his Juventus team-mate.

Bonucci is drinking Heineken & Coca Cola at the press conference.

One of football’s best bromances.

What it meant to Mancini & Vialli. Wholesome ❤️❤️pic.twitter.com/Gr7QDoGtGv

Is someone cutting onions?

Look how much they wanted to win this for him, they all run to him 😭 pic.twitter.com/BVaQp8OeoO

It’s clear to see just how much the Copa America trophy meant to Messi.

Diaz showed why he’s been linked with Premier League clubs.

Colombia beat Peru 3-2 in the #CopaAmerica third-place play-off after Luis Diaz did THIS in stoppage time 🤩pic.twitter.com/07jCO8OPFD

Beautiful footwork from the Flamengo forward.