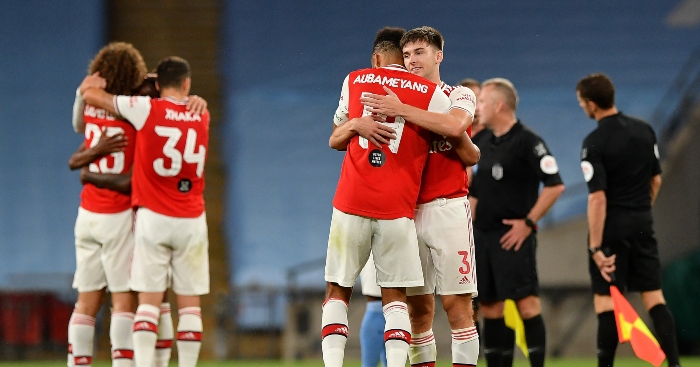 All eyes were on the FA Cup this weekend as Arsenal and Chelsea reached the final, while Leeds United secured promotion to the Premier League after a 16–year absence.

Neymar and Mauro Icardi teamed up to get the ‘pass-penalty’ right, unlike Sergio Ramos and Karim Benzema.

He is putting on a show during PSG’s friendlies.

They’re back in the Premier League after 16 years away.

It’s impossible not to love Bielsa.

Talk about playing it out of the back. pic.twitter.com/rL3CMHh21b

The free-kick routine didn’t quite go to plan.

I don't think you're ready for this, but here's the best free-kick in the history of football. Absolutely amazing stuff. pic.twitter.com/CN2M0pisCo

A brilliant gesture from the Arsenal left-back.

How could anyone not love this man? pic.twitter.com/UIASJTT636

Bologna defender Takehiro Tomiyasu ROCKETS one into the top corner! 🚀

He couldn’t have hit it any sweeter.

Galatasaray's Marcelo Saracchi channeling his inner Tugay for an absolute peach of a volley 🍑 pic.twitter.com/WaHgxGGJSV

Edwards continues to rebuild his reputation after failing to make the grade at Tottenham.

He’s not a conventional centre-back.

Is there a better sight in football than a goalkeeper scoring in injury-time?

David Beckham eat your heart out!

Shane Byrne just did this for Brackley Town in the play-offs 🤯 pic.twitter.com/qVqD7CEM3X

The 10 managers with the most trophies since 2016: Zidane, Klopp…