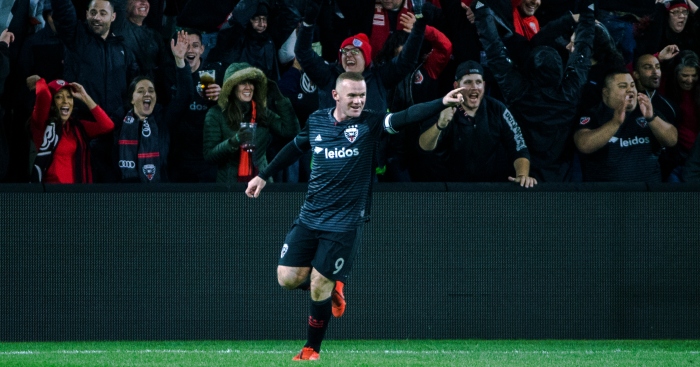 Lionel Messi was at it again in Spain this weekend, while England enjoyed an incredibly fun FA Cup weekend before the international break.

Then there was the small matter of the Milan derby and Le Classique, and MLS continues to provide plenty of entertaining moments.

Another week, another outrageous Messi performance.

The reactions to Lionel Messi's third goal show how good it was!

Barcelona defender, Clement Lenglet was left with his head in his hands, and Real Betis fans were bowing to him… 🐐 pic.twitter.com/RzTspn1ocJ

This kind of thing doesn’t even surprise us anymore.

Not bad from this man either.

He may not have scored in the end, but we f*cking love this man.

Mario Balotelli reportedly had a t-shirt with the face of Manchester United’s Marcus Rashford underneath his Marseille shirt in case he scored & celebrated vs. PSG this evening. pic.twitter.com/dMuSxQFMj5

Sure, it was a 3-2 thriller, but our favourite moment was this piece of peak athleticism from the referee.

Just imagine when he plays for England…

FC Cincinnati have already been an awful lot of fun in their first season at MLS level.

“My son told me, ‘If you score you have to do this,’ and so I said okay.” Told you FC Cincinnati are a lot of fun.

Swansea may not have been able to hold on against Manchester City, but this goal deserves plenty of love.

A first MLS hat-trick for Wazza.

When you see your top goalscorer doing this, you know you’re in with a chance.

With Liverpool 1-0 up at Fulham, Klopp decided to send on the steady presence of James Milner, who was at fault for the hosts’ equaliser before converting a late penalty to secure all three points.

The former Arsenal goalkeeper’s interview with Polish YouTube channel Foot Truck was quite revealing, although ultimately not that surprising.

“My best friend, alongside [Grzegorz] Krychowiak. At my wedding he got so drunk, we were looking for him everywhere for two hours and found him sleeping in bushes” pic.twitter.com/v0OPfJv6dw

Darren Thompson is our new hero.