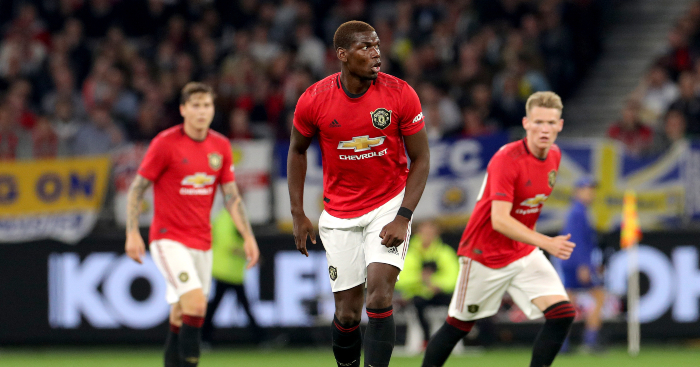 The 2018-19 season may have officially ended with the conclusion of the AFCON, but clubs are beginning to step up their preparations with the start of next season getting ever closer.

A number of high-profile friendlies between Europe’s biggest clubs took place, while MLS continued to provide plenty of excitement.

Good to be back 😉⚽ #COYS pic.twitter.com/0IyYufatit

Watching a ball get hit really, really hard into the back of the net will never not be fun.

A hat-trick in the LA derby, including this opener. Just another weekend in the life of Zlatan.

A happy Louis van Gaal getting a tray with three hamburgers while sitting in a Tour de France car is the most priceless thing you’ll see in a while. pic.twitter.com/60L6gxud9R

De Bruyne has got nothing on the Leeds United midfielder.

A wonderfully taking-the-piss way to grab a 94th-minute winner.

It was all Alisson’s fault.

"By the way, people thought I was drunk on the bus. I was not. I had only two beers. I just looked that way. All the beers I should have had, Alisson had!"#LFC pic.twitter.com/6KjxIOzuTq

Good feet for a big man.

Whatever Pogba can do, Greenwood can do better.

Shout out to Niklas Süle for standing in the wall and laughing at Rodrygo, daring him to "try"…before the Real Madrid youngster sticks it in the top corner🤭🤭pic.twitter.com/HZzWcpPgIy

Not a bad season’s work.

Riyad Mahrez has enjoyed a great 12 months for club and country:

Oumar Niasse tripping over the ball, attempting a scorpion kick and hitting the post could be the best thing I’ve ever seen.

As good a penalty miss as you’re likely to see this year.

As good an own-goal as you’re likely to see all year.

Pre-season is the time for gruelling fitness work and post-match Five Guys.

Watch: Can UK students work out these MLS mascots? – Who Are Ya?