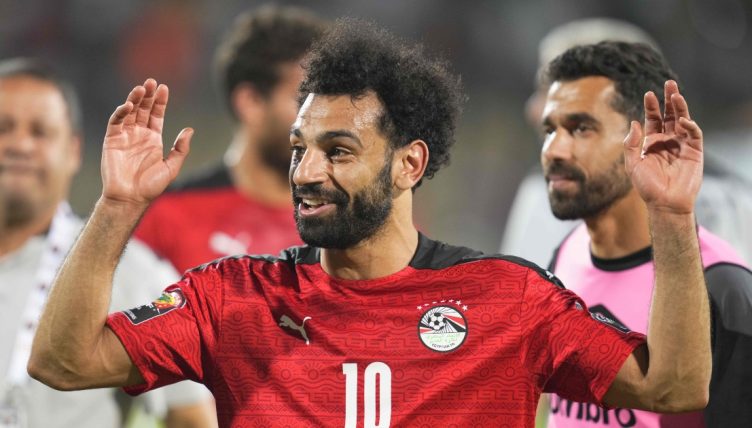 The Premier League was on its winter break over the weekend – but there was still plenty of football to keep us all entertained.

Senegal, Egypt, Burkina Faso and Cameroon all booked their place in the Africa Cup of Nations semi-finals and Celtic closed the gap on Rangers in the Scottish Premiership.

A lovely, lovely pass. Senegal are through to the semis.

Senegal have the lead against Equatorial Guinea!

📺 Watch on @BBCTwo and @BBCiPlayer

Just as magic at AFCON. Mane’s Senegal may well await in the final.

Looks like Leicester ave got another talent on their hands.

This is unreal from Will Alves tonight. Leicester could have for a real star on their hands🤩 #lcfc pic.twitter.com/SaysgDv6fB

We can’t wait to see Elliott playing in the Premier League again.

Harvey Elliott’s goal from the game he featured in yesterday 🔥🔥 pic.twitter.com/LNOa7KVo6Q

This was to complete a hat-trick. Everton fans look away.

What a night for Salomón Rondón and what a return to his national team! 🔥

The Everton striker has a hat-trick for Venezuela 🔵🇻🇪 pic.twitter.com/ysGKtAB3ZC

Not sure what we like more, the mess of a build-up or the cracking finish.

If Derby stay up, it would go down as one of the greatest football miracles.

From 2-0 down, Derby County equalise in the 96th minute thanks to an overhead kick from Bielik, who injures himself in the process! 🤕🐏 pic.twitter.com/lS6y7k9izy

The Celtic forward certainly enjoyed their late winner against Dundee.

Our superstar from Portugal 🇵🇹 💚 pic.twitter.com/UPTOYG3vTq

Newcastle fans always knew Owen was a doughnut. Now they have proof…

Scenes we love to see etc…

"The referee is involved!" 😂

Morocco's Munir hits the deck after the referee breaks up an altercation! 👀 pic.twitter.com/yEyDBDl5hS

The first father and daughter to both play for Manchester United. 👏#MUFC #MUWomen pic.twitter.com/gCoK6dHcpE

Looks like Canada are off to the World Cup. Look how delighted he is.

If you’re wondering, @AlphonsoDavies reaction to the 2-0 goal was pretty much the same as all of Canada’s 🇨🇦 #CANMNT #WCQ #ForCanada

We will never tire of Blackburn’s finest tearing it up in South America.

Ben Brereton Díaz does it again for Chile! 🔥

An outstanding looping header from the back post from the @Rovers man levels it up against Argentina 🇨🇱 pic.twitter.com/v3qSBnlKMR

The goal is good but the celebration is even better.