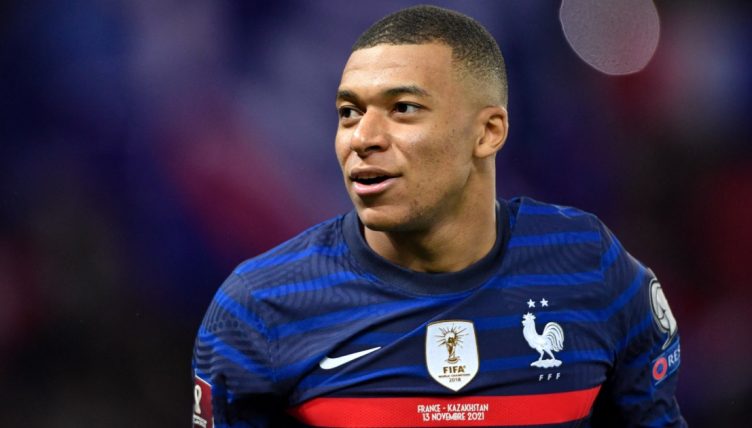 Europe’s top leagues may have had a week off due to the international break, but there was still plenty of exciting action around the world with World Cup qualifiers aplenty.

The likes of France and Spain secured their place at Qatar 2022, while Sam Allardyce pulled out the dance moves during a charity match.

Alongside his defensive work, Tierney also managed to showcase his impressive skills.

What's better than a @kierantierney1 nutmeg?

This finish has blown our tiny minds.

Another impressive record for the PSG star.

Kylian Mbappe is the first player to score 4 goals in a game for France in 63 years 🤯 pic.twitter.com/UbG2uuyzzP

Tell us how you really feel, Roy.

Unsurprisingly, Southgate had a slightly different reaction to Maguire’s celebration.

It’s easy to forget that Gavi is only 17 years old.

No Messi, no problem.

A stunning curler into the far corner from Angel Di Maria! 😍

No Messi in the starting lineup, but his PSG teammate steps up to the plate for Argentina 🇦🇷 pic.twitter.com/pzlwxIVcbD

It’s fair to say that Mitrovic enjoyed himself after sending Serbia to the World Cup.

I just want someone to love me like Serbs love Mitrovic. pic.twitter.com/2f3m6qGdWb

A fantastic piece of shithousery from the Chelsea winger.

Memo Ochoa: "Mexico is the mirror in which the United States wants to see itself"

What a way to score your first international goal.

This save gets better every time you watch it.

At Marine, where the floodlights have gone out. One of Dunston’s midfielders is a spark and he’s trying to sort it out. Now on the phone to a mate back in the north east. pic.twitter.com/pBneS6DmCA

A man invaded the pitch during Canada’s vs Costa Rica. One steward saw it as a chance to try out for the NFL.

He got a yellow card for this. The ref later said that it was for acting “in a way that disrespected the game.”

Back in Bolton, recreating a classic moment.

Denilson was brilliant for Real Betis. But his aunt is even better by the looks of it.