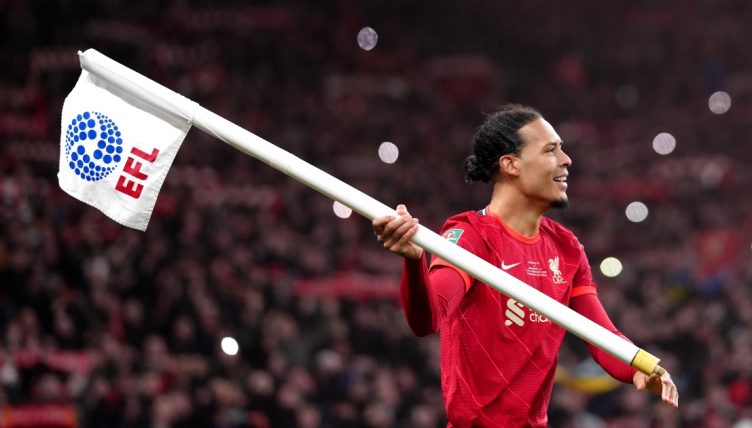 All eyes were on Wembley at the weekend as Liverpool beat Chelsea in the Carabao Cup final after a dramatic penalty shootout.

What a ride it’s been. What a bloke.

One of many much-needed messages of solidarity. Football can be alright sometimes.

A message from Ralf and the players ❤️ #MUFC pic.twitter.com/mu0ul9GDeE

It’s great how much they love playing together.

😍"We’ve been playing with each other for a long time. We just understand each other. We enjoy playing together but the most important thing is the team, it was a fantastic performance from everyone."#THFC | #COYS | #LEETOTpic.twitter.com/6lfIGNWRfW

He’s slowing down but hasn’t lost his eye for a pass.

The vision from Lionel Messi 😍

Kylian Mbappe finds the equaliser for PSG but this one is all about the genius wearing number 30 🙌 pic.twitter.com/Mx0w5K1qmi

Messi didn’t even claim the assist of the match. Pure velvet.

Already has two goals, so he throws a sublime outside-of-the-boot assist into the mix!

Almost the funniest moment of the League Cup final. Almost.

One of the coolest penalties we’ve ever seen.

Some penalty from a centre-back 🤯 pic.twitter.com/XwJQAi9Ene

Liverpool look to have made another brilliant signing.

Look at this touch from Luis Diaz to get around from Reece James. This guy is the real deal pic.twitter.com/2m3qiq5u8N

I was filming what I thought was just the Liverpool fans for the final pen and then I noticed Kepa’s pen fly into the fans. pic.twitter.com/6EhZam1Tmm

Look at those scenes. Wow.

A superb goal in El Gran Derbi. Shame it was just a consolation.

It came too late to be anything other than a consolation for Betis, though 🟢⚪ pic.twitter.com/ihd9gpDb8J

A quadruple save? Ridiculous.

The touch to set it into his path, the ice-cold finish 🥶

A beautiful gesture of solidarity for Roman Yaremchuk.

Early frontrunner for Goal of the Year by Yimmi Chara? 🚲 pic.twitter.com/NbLgP8F7J8

The Little Pea is still ruthless in front of goal.