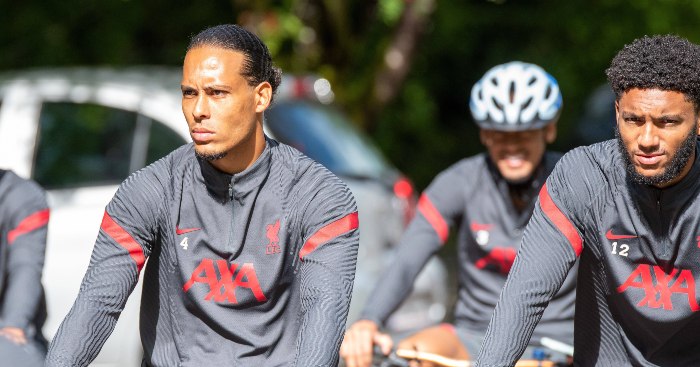 Bayern Munich completed a second treble in seven years with their tense 1-0 victory over PSG in the Champions League final on Sunday evening.

Elsewhere, Liverpool seemed to be living their best life on their pre-season trip to Austria, and a number of players we’d never heard of scored absolute screamers.

We’ve rounded up the best of the action on and off the field this weekend.

100% – FC Bayern München are the first side in European Cup/Champions League history to win 100% of their games in a single campaign en route to lifting the trophy (11 wins). Flawless. #PSGFCB #UCLfinal pic.twitter.com/taT6pn23Ik

He wasn’t going to be beaten.

Giving Alphonso Davies a taste of his own medicine.

This is what football is all about.

Marseille erupts as PSG lose the Champions’ League final: “Where are all the Parisians now?” pic.twitter.com/YGrr0ihBOv

This is so, so good.

Fire in the boots! 🔥😄 pic.twitter.com/Im8WsVKXng

A former Rosario Football Association employee has taken it upon himself to track down all the goals Messi scored for Newell's between the age of 6 and 12. The answer: 234 in 176 games. https://t.co/YEsbGdsga3

Yes, that one. No, we had no idea he was playing in Australia either.

A lot to enjoy about this.

The Serbian second tier is where it’s at.

Fair play to all these players we’ve never heard of scoring brilliant goals.

Watch: Bilic explains why he ‘loves’ Bielsa more than any other manager