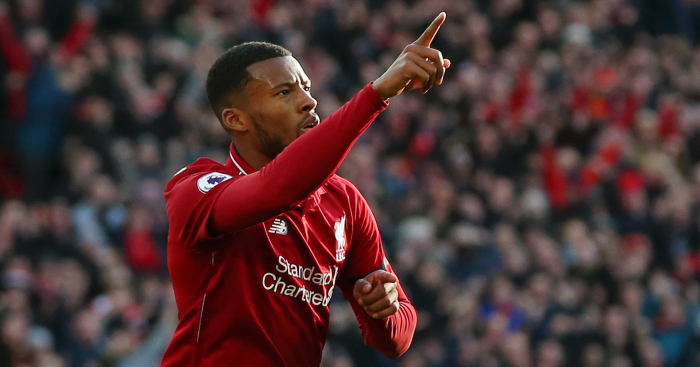 Liverpool and Manchester City matched each other blow for blow in the title race once again, while Tottenham kept up the pressure with a nervy win.

A man of the match display and a superb goal all while suffering from the sh*ts. He’s starting to get the recognition he deserves.

Well out of order, that.

Sticking with the goalkeepers’ union, Lloris was back to his best to play a crucial role in Tottenham’s win over Leicester City.

This is incredibly satisfying.

Krzysztof Piatek goal for AC Milan. Fans chanting in sync with the celebration!

Admittedly the least he could do, but still.

At least he cares pic.twitter.com/lmLyEprK1c

A no-look backheel pass to help set up Watford’s win over Everton. He’s a centre-back FFS.

This pass from Craig Cathcart is the greatest thing that's ever happened pic.twitter.com/hicdvzAggd

Put the seal on a 3-1 win for Real – his 100th goal for the club – then made the Atleti fans go absolutely mental. Just what you want in a derby.

Paul Pogba would be proud of this penalty from the Brazil Under-20s player.

The former Blackpool and Leeds striker was named Cheltenham’s Player of the Month for January and was awarded with a voucher for a cheeky Nando’s.

Manchester City beats Chelsea 6-0 to take over the top spot in the Premier League table.

Since the calendar flipped to 2019, Man City has scored 42 goals in all competitions, more than twice as many as any other Premier League team (Tottenham has 20 and Wolverhampton has 17). pic.twitter.com/rg179MuL1w 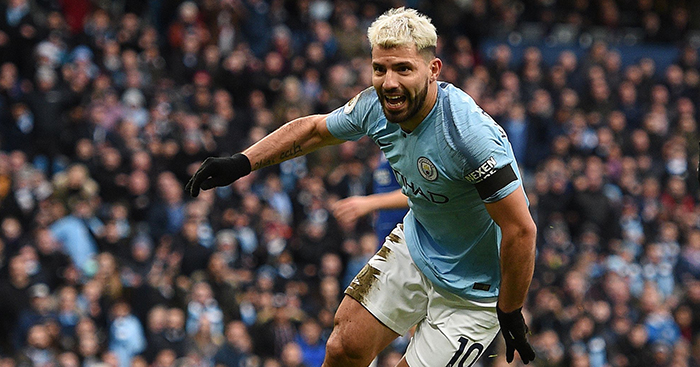