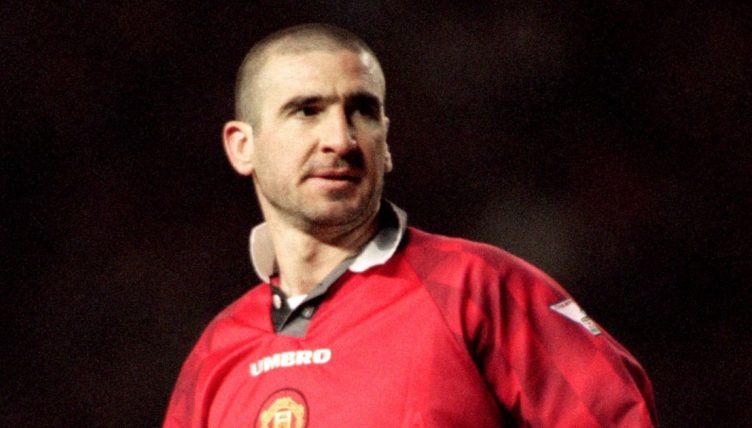 Eric Cantona helped Leeds United win the last ever Division One title before becoming the catalyst for Manchester United’s dynasty under Sir Alex Ferguson. Most importantly, though, he was cool as f*ck.

Even in his retirement, the Frenchman did things in his own way, shocking the world by calling it a day just short of his 31st birthday.

We’ve decided to celebrate Cantona – his goals, his brilliance, his arrogance, and even his flaws.

The goal against Liverpool

Cantona’s winner in the cup final vs Liverpool 💥 pic.twitter.com/PWezQGHpLU

The goal against Chelsea

Wonder what would have happened if Cantona had stayed at Leeds. Brilliant goal v Chelsea in their title season #lufc pic.twitter.com/n3bXhbrfhd

The chip.
The celebration.
The King.

“I’d give all the champagne I’ve ever drunk to be playing alongside him in a big European match at Old Trafford,” Best said.

His tribute to George Best

“After his first training season in heaven, George Best, from the favourite right wing, turned the head of God, who was filling in at left-back,” Cantona said after Best passed away in 2005.

When he mocked Alan Hansen

In fact, he always made for great TV

It takes a brave man to cross him

Cantona in his early years showing how to tackle… pic.twitter.com/S9GoFI7x7i

On this day in 1995… Eric Cantona did this.pic.twitter.com/GewhglAPWp

And he really didn’t care

“My best moment? I have a lot of good moments but the one I prefer is when I kicked the hooligan,” Cantona said.

#OnThisDay in 1995, Eric Cantona was banned for nine months for kung-fu kicking a Crystal Palace fan 😳

Then came THAT press conference… pic.twitter.com/MDURb3fuc3

He starred in one of the greatest adverts of all time

He even put Zlatan Ibrahimovic in his place

Sir Alex Ferguson sent Eric Cantona this letter after his decision to retire at 32 in 1997. pic.twitter.com/BUpld6T8zp

We loved his strange quotes

“I prefer to play and lose rather than win, because I know in advance I’m going to win,” Cantona said.

Cantona still remains cooler than everyone else