17 of the best quotes on Gazza: ‘The crackerjack of British football’ 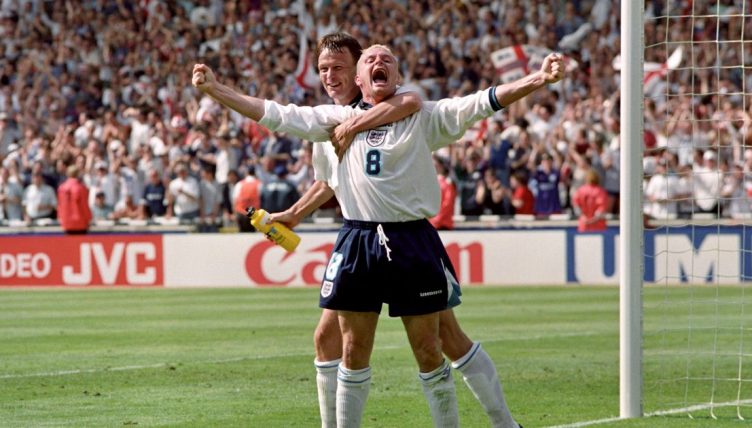 Whether it be for Newcastle, Tottenham, Lazio, Rangers or England, few players have captured the hearts and imaginations of supporters quite as much as Paul Gascoigne.

We laughed with him, we celebrated with him and we cried with him on more than one occasion, and while there have been many players billed as ‘the next Gazza’, none have gone on to earn the love of the English public with such intense fervour.

We left it to those lucky enough to play with him and those who had the headache of managing him to explain why he remains so loved.

“Part of his genius, part of his magnificence, is the fact that he was so vulnerable.

“The crackerjack of British football. The most talented individual I’ve played alongside…”

“When Gazza was dribbling, he used to go through a minefield with his arm, a bit like you go through a supermarket.”

“He was a genius with that football at his feet.”

“Probably the best player I played with. What more can I say? He’s a maverick, he just had everything.”

“He gave me five pairs of shoes and a fishing kit. I have no idea why, but that was just like him.”

“He ate ice cream for breakfast, drank beer for lunch and when injured he blew up like a whale. But as a player? Oh, beautiful, beautiful.

“I loved that boy. He was a genius, an artist, but he made me tear my hair out.”

“Quite simply the best midfielder I’ve ever played with. In fact, he had the ability to be the best player in the world.”

“We all loved Gazza and there haven’t been many finer English players in my lifetime. No one dropped their shoulder like Gazza.”

“In his prime he was one of the best players in the world. He glided with the ball in a way that made him virtually untouchable for opponents.”

“He was the best player of his era, a breath of fresh air because he played with a smile.”

“He was the one I always looked up to and wanted to be.”

“He’s the probably most exciting English player I’ve seen, and certainly the best.”

“The most naturally gifted footballer England has produced.”

“Paul Gascoigne is the special one.”

“No one can be the next Gazza.”