18 of the best quotes on Ronaldo: ‘The most complete striker there’ll ever be’ 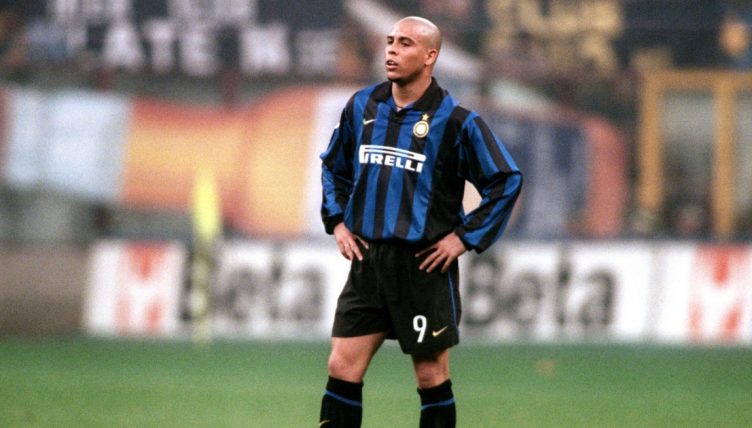 Ronaldo is perhaps overlooked too often in the debate about the best players of all time – but certainly not by those who played with or against him.

Dubbed ‘O Fenomeno’, Ronaldo certainly lived up to the billing as a prodigiously talented youngster, scoring over 350 at club level as well as 62 in just 98 games for Brazil.

Debilitating injuries cut his career short, but he’ll still be remembered as one of the all-time greats – as this lot can attest.

“The best player I have ever played with? That’s Ronaldo. I have seen Il Fenomeno do things that nobody else has ever done.

“For me, the best players are those who are able to think of a play and execute it quickest and in the best way possible, and Ronaldo Nazario has been the best at that.

“The speed of thought that he had – and the speed he had to carry out his actions – were perfect. It was something amazing. I’ve thought a lot about other players before. I think he was a phenomenon.”

“Ronaldo is the hardest attacker I’ve ever had to face. He was impossible to stop. The worst experience I ever had was playing against Ronaldo when we faced Inter in the 1998 UEFA Cup final in Paris.

“He’s an incredible player. I have watched that game on video so many times since then, trying to work out what I did wrong. We lost 3-0, but I don’t think now it was my fault. Ronaldo was simply unstoppable. He is so quick he makes everyone else look as if they are standing still.”

“There are many things I like about Ronaldo, but I will never forget the UEFA Cup final of 1998, against Lazio. Down the left flank, that move against Alessandro Nesta. That gesture that I am talking about is a little dribble that in my opinion defines his whole game.

“A few players can do it, usually Brazilians, but not as fast as Ronaldo did it in that game. I think he has an innate talent, he is like Maradona. Ronaldo was born with it and perfected it in his hood, in a Brazilian team and then in Europe.

“There was no system or tactics that could stop him. It’s like that with a few players and he was one of them – he was fast and skilled. When Ronaldo had the ball, he ran at 2000 miles per hour. In most cases, you’re fast without the ball. He was fast with it.”

“For me, Ronaldo is the greatest. He was as [good as] Pele. There was nobody like him. No one has influenced both football and the players who emerged as Ronaldo…

“There will never, in my view, be a better player than him… I put up photos of Ronaldo in my room. Ronaldo was the man”

“Ronaldo was my hero. He was the best striker I’ve ever seen. He was so fast he could score from nothing, and could shoot the ball better than anyone.”

“I’d seen him on television at PSV and thought ‘wow’. Then he came to Barcelona. He’s the most spectacular player I’ve ever seen. He did things I’d never seen before.

“We’re now used to seeing Messi dribble past six players, but not then. He was strong, a beast. A kid as well.”

“Ronaldo was marvellous. He had one year with me at Barcelona, I bought him from PSV, and he was out of this world. He was a god, absolutely fantastic. He had amazing ability, was a great young athlete, a nice character, respected me and it was sad he only played eight months for us there.

“The year he had with us you could see he was going to be phenomenal. He was so strong, would go past people, come deep to get the ball, turn and whatever you put in front of him there was a chance he could always go through you. Power and skill.”

“Ronaldo was phenomenal. He proved that he was a cut above the rest that season. I remember his goal against Lazio – he took on the keeper and managed to put him on his back without touching the ball. It was incredible, but he did tricks like that in every training session. We were used to it.”

“I play in Italy and everyone I’ve ever talked to there said that Ronaldo was the best player that ever played in Italy. For me he was the most complete player ever.”

“His movement off the ball was incredible. I’ve never seen anyone with better movement. He positioned himself in such a way, it would make it really easy to play alongside him.

“I’d like to have played with him, and I’m sure he would then have scored 2000 goals because I would’ve given him the ball every time.”

“He has done what no other player could do in football.”

“Ronaldo did things nobody had seen before. He, together with Romario and George Weah, reinvented the centre-forward position.

“They were the first to drop from the penalty box to pick up the ball in midfield, switch to the flanks, attract and disorientate the central defenders with their runs, their accelerations, their dribbling.”

“Ronaldo destroyed us. Raul was out with appendicitis, so the big man was up front on his own. The whole crowd got to their feet and gave the bloke the kind of ovation a United player would have got.

“The Manchester crowd knows its football and knew they’d been privileged to be there, watching Ronaldo play. I felt really proud of them in a different way that night, watching their reaction as Ronaldo walked off with his hands above his head, clapping back.”

“The Brazilian Ronaldo was the best player I played with. The goal I scored against Fulham, which was exceptional for me, for him it was more like his standard. His natural ability was far beyond anything that I’ve played alongside.”

“If Romario, his predecessor, was subtlety, Ronaldo is exuberance. If Romario’s habitat was the penalty area, Ronaldo’s home would need to measure half the size of the pitch. If Romario is the past, Ronaldo’s almost cybernetic play belongs to the future.”

“He was a formidable player, a sensational player. He was sort of like an alien because of what he could do on the pitch. The fact that a footballer like him is not remembered as the best player of all time is a great tragedy in my opinion. He had all the skills he needed to be the best ever.”

“The best player I have seen in my career.”

READ NEXT: A forensic analysis of Ronaldo’s hat-trick vs Manchester United in 2003