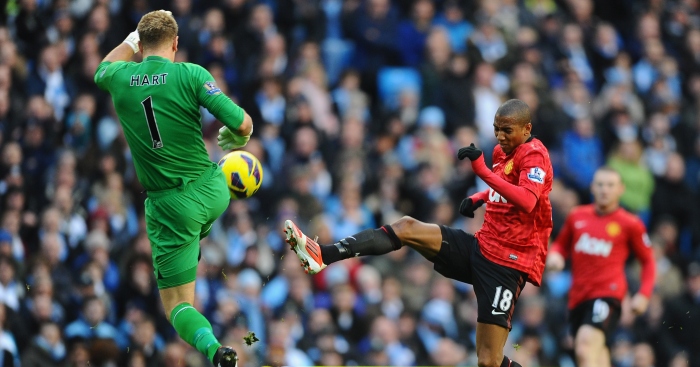 Goalkeepers are expected to do more than just save shots nowadays – and it has led to plenty of brilliant and hilarious moments.

Whether it be dribbling past onrushing attackers, being forced into headers outside of the box or even pulling off scorpion kicks, it’s always entertaining when a keeper leaves his goalmouth.

And here are just some of the many examples of the artform.

Ederson clearly enjoyed this piece of improvisation from Bravo. And so did we.

But could Ederson or Alisson do this?

Probably, to be fair.

He’s not just a pretty face, you know.

After almost decapitating Kerion Dyer, Rustu throws in an audacious overhead kick for good measure. It goes horribly wrong, but it was lots of fun. Well, maybe not for Dyer.

He can beat his man, he can tackle, he can go in goal. He’s probably better than Pelé, to be honest.

Shame about the end product.

It’s said Rivaldo was so stunned by Coupet’s initial save that he couldn’t convert the follow-up.

It looked like the Brazilian star was trying his hardest to us.

In Mark Noble’s testimonial, Adrian decided to try and score himself. And it almost worked.

This one will always be remembered for Ibrahimovic’s unbelievable overhead kick from outside the box, but Hart’s decision to run out was always strange.

You see, this kind of thing doesn’t always end well for goalkeepers.

Neuer is not loved just for his breathtaking saves but for what he does with the ball at his feet, whether that be lunging into tackles, passing along the flanks, or delivering some devastating long balls.

But sometimes his progressive style doesn’t always pay off.

Here he is making a brutal mistake against North Korea. Ouch.

No, you’re not watching FIFA, this actually happened.

In a crucial Champions League encounter between Tottenham Hotspur and PSV Eindhoven, Lloris runs out in an attempt to tackle an oncoming opposition player but mistimes the tackle and ends up getting sent off.

It cost Spurs, too, as Luuk De Jong equalised for the Dutch side late on, with Lloris left Bleu in the face.

This was a big occasion, a Manchester Derby no less, so it’s no wonder why Hart wanted to get involved.

It very nearly cost the England number one, but he managed to peddle back and make this amazing save.

The Beijing Guoan goalkeeper saw his girlfriend in the stands and decided to do this.

Just in case you haven’t seen this one before.