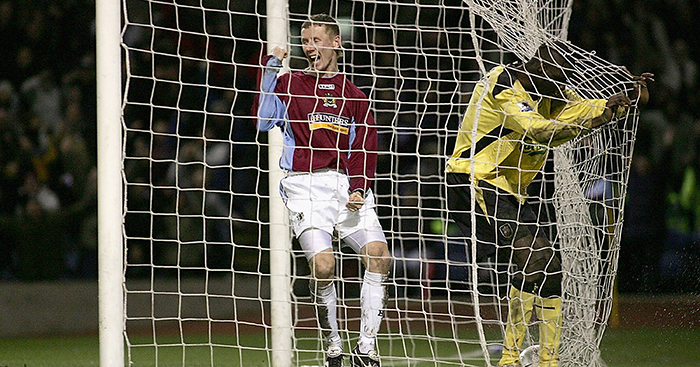 It can be hugely embarrassing to score an own goal – but if you’re going to do it, you might as well make it memorable.

When a player puts the ball into the wrong net it provokes an unusual feeling from a spectator. Should you celebrate? Should you laugh? Should you feel sorry for the player?

Here is a selection of own goals that will make you laugh, cry and downright confused.

Two defenders, the post and the keeper. Just eight days into 2020, Saint-Etienne provided us with a strong contender for funniest own goal of the decade.

It doesn’t matter how many times we watch this, we will just never work out what Traore was attempting to do.

Roberto Firmino, we see your no-look finishes and we raise you.

He only scores great goals.

Another faceplant, this is utterly iconic.

The anguish as he realises what he’s done is genuinely painful.

Sometimes, it’s just too tempting not to try a volley.

The actual physics of this are absolutely outrageous.

This had such an impact on QPR fans that Pollock was named the most influential human being of the millennium in a poll they hijacked, beating Jesus Christ and Karl Marx into second and third place, respectively. Classic City.

Scoring one goal is bad. Scoring two in the same game is horrendous. Scoring two own goals, missing a penalty and kicking the ball into your own face…let’s just say it’s a good job Jon Walters is made of strong stuff.

Not wanting to be outdone, three years after Walters’ nightmare day Duffy attempted to outdo him, scoring two own goals before getting sent off against Cardiff.

Sometimes, a player does something and then immediately wonders why. This was one of those times.

Manchester City players seem to have a habit of scoring own goals, but Dunne was the master.

Another Friday the 13th "favourite"… is Richard Dunne's own goal v @WBAFCofficial our unluckiest concession? http://t.co/UreQEEtrHA

And then there are the ones where you think “how’s that even gone in?”

That James Collins own goal is up there with this cracker from Vincent Kompany…https://t.co/eEXp2DDzXe

It does occasionally happen against City, at least.

Quality finish by James Collins to put @MCFC one up after 17 mins #owngoal #MCFCvsWHU pic.twitter.com/BQ81kb1ti2

If you accidentally backheel volley it into your own net against one of your biggest rivals, just pretend you’re injured.

It’s possible to score an own goal which is entirely someone else’s fault.

Maybe there’s a problem with the training at Sunderland?

In May 2018, the Sparta Rotterdam man went in for a tackle against FC Dordecht in the 89th minute of a relegation play-off, with his side 1-0 up. This happened.

Sometimes we wonder if strikers do this on purpose to stop managers from sending them back. Keep me up top, gaffer!

As if scoring an own goal isn’t bad enough, getting smacked in the face quite hard with the ball is just adding insult to injury.

This may have come in a friendly, but long-range own goals are always memorable.

Not only is the finish ridiculous, this also comes with a fine self-assist to boot.

Ryan Shawcross, Spurs & the eternal comedy of own goals in football