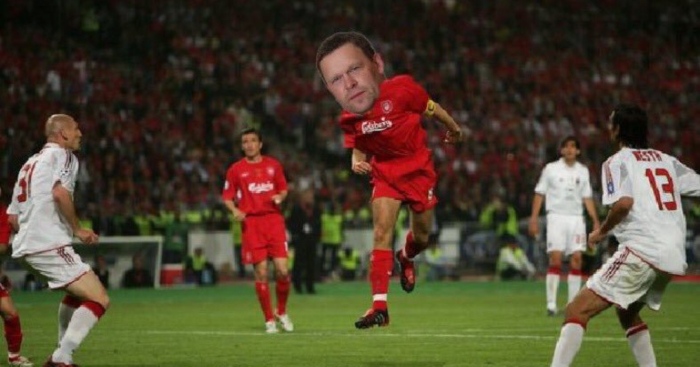 David Ornstein has achieved legendary status among Arsenal fans on Twitter – and it seems Paul Joyce is heading the same way for Liverpool supporters.

It seems the Arsenal fans have started something with Ornstein, as they flood the replies to his tweets with hilarious GIFs and memes, imposing the reporter’s face on various images.

They haven’t just stuck with his transfer stories either, as supporters carried on their trend into Ornstein’s close coverage of the World Cup from inside the England camp.

And now it’s the turn of Times journalist Paul Joyce, who is the latest recipient of hilarious replies to his tweets, which have broken stories such as Fabinho and Shaqiri’s signings, as well as rumours of the likes of Nabil Fekir.

We’ve taken a look through the best replies to Joyce’s tweets to find the best memes created by supporters, as well as the top GIFs, images and videos posted in response to some pretty big stories.

Come and bang me ma lad