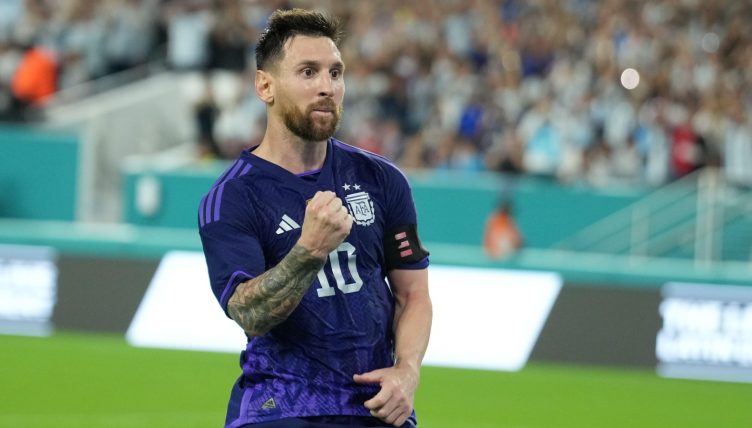 There was plenty of great footballing action this weekend as national teams ramped up their preparations for the World Cup.

While England were uninspiring throughout their loss against Italy on Friday night, both Brazil and Argentina looked in imperious form while Arsenal hosted a landmark day in the WSL.

We’ve rounded up a collection of the best moments here.

Who’d bet against Argentina winning the World Cup with Messi in this kind of form?

Who’d bet against an Argentina side with this kind of team spirit?

Reaction of players when Messi got fouled ⚔️

Forget football, De Paul should jack it all in and become Messi’s personal bodyguard.

The way De Paul defends Messi 😂 I love this guy so much pic.twitter.com/PHzh32L9zO

This boy is the truth.

This late free-kick, that rescued South Korea from a damaging defeat at home to Costa Rica, was further proof that Son has got his mojo back.

Sensational scenes from the former Arsenal and England captain.

Two goals from the Manchester United full-back as Portugal thrashed Czech Republic 4-0; he’s had a new lease of life under Erik ten Hag.

Two excellent goals from the @ManUtd man in a 4-0 win. 🙌 pic.twitter.com/JjshShrj75

Johann Cruyff would be smiling at this.

We cannot get enough of this flick that took Hungary to the brink of the Nations League final.

Szalai opens the scoring with an AUDACIOUS flick! 😱

There’s something strangely hypnotic about this clip as Busquets demonstrates the passing ability that makes him one of the greats.

The Notts County man scored one of the best free-kicks you’re ever likely to see.

Ballou Tabla with a Puskás Award contender in the CPL!

He had no right to do this 🤯 pic.twitter.com/pGYCwdwR8D

A crowd of 47,000 watched the WSL match between Arsenal and Tottenham on Saturday – a record attendance. Women’s football is truly here to stay.

Arsenal & Tottenham played in front of 47,367 fans at the Emirates 👏 pic.twitter.com/6FOWg7FB3p

Imagine the scenes if this had found the back of the net.

Ipswich 'keeper, Christian Walton, nearly rescued a point for his side in the last minute! 😮 pic.twitter.com/Z7KimLnVul

Another day, another goal for Robot Boy…

Can't make a mistake like that when Erling Haaland is around…

The Norwegian scores his 21st international goal in just his 22nd appearance for his country, bringing his tally to 15 for the season 🇳🇴

We shouldn’t be surprised at this from the youth team of the club that produced Pele, Neymar and so many more.

A first Nations League victory for Northern Ireland at the 14th attempt lifted the roof at Windsor Park.

Josh Magennis with an OUTSTANDING diving header and @NorthernIreland are on their way to a first UEFA Nations League win 💚#NORKOS pic.twitter.com/S1MWeBFzTi

These are the resulting celebrations. pic.twitter.com/4TDgBXKFKi