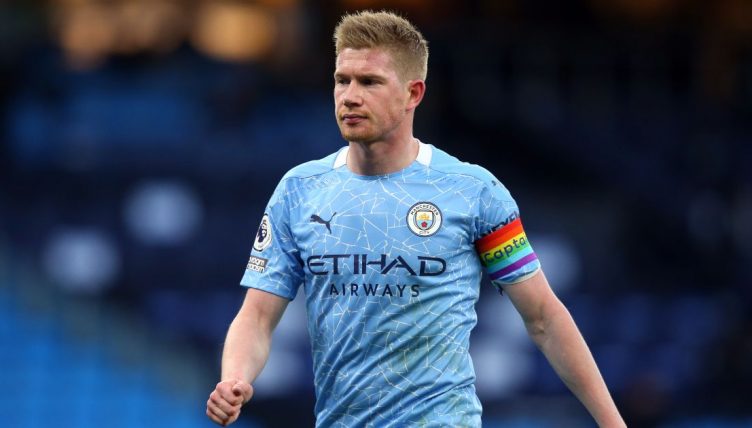 After a long international break, club football returned with a bang over the weekend as West Brom produced one of the upsets of the season with a stunning 5-2 win at Chelsea.

He may not have got the assist but this goal is all about De Bruyne.

Sam Allardyce's teams have scored five goals in his first away Premier League match (in 2001) and his most recent (in 2021) but never in between.

You won’t see many goals better than this one.

🚨 GOAL OF THE SEASON CONTENDER 🚨

"As good an overhead kick as you will ever see." 🗣 pic.twitter.com/682lPoNe52

While we’re on the subject of bicycle kicks…

Consolation goal of the year contender from Robert Skov! 😵🚀 pic.twitter.com/JwYGwYJcBh

Just in case you were wondering if he enjoyed Real Sociedad’s Copa del Rey final victory.

Might be the best pressconference performance from a coach I ever seen!

He couldn’t have hit that any harder.

We’re not sure what’s better: this effort, or the fact Bradford have a Latin American supporters club.

"That would've been the goal of the season". Y creo que tiene razón… #BCAFC 🐓❤ pic.twitter.com/UwiEjOwG97

Still going strong at 38. What are they putting in the water in Serie A?

What a howler from Theo Hernandez and Quagliarella punishes Milan! 😱

An outrageous finish from Marco Asensio…but it's ruled out for offside! ❌

That touch to set himself for the shot *chef’s kiss*.

Out your feet and LACES 💥😤

What a way to mark your 2️⃣0️⃣0️⃣th appearance!

The best name in football is good value for a bit of shithousing.

Max Power celebrating in front of the Oxford boss after a fight in the tunnel at half time 💉 pic.twitter.com/64AE9KFNXq

We’re still not sure how he’s managed to miss this.

It was worth a try.

Oh that is SPECIAL! 😱

A stunning curler from Mohamed Ihattaren seals a convincing 3-0 win for PSV 🔥 pic.twitter.com/thpdg1H1SI

Terrible goalkeeping, but what a hit.

Adam Hlozek is back! 🚀

The 18-year-old’s fifth league goal in just nine appearances this season, and his first since his long injury lay-off.#NXGNpic.twitter.com/trtUCOn2TR