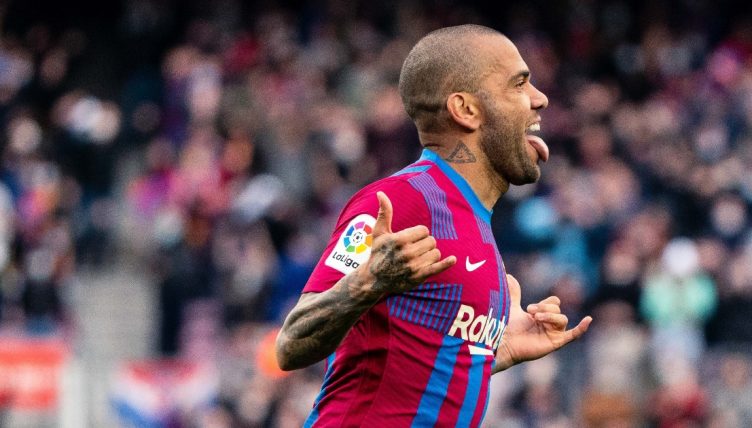 Club football returned with a bang across Europe this weekend after the winter break, and it did not disappoint.

There were some memorable matches in Germany, Italy, Spain and France, while the FA Cup delivered its usual quota of Magic™. Over in Cameroon, the Africa Cup of Nations concluded – as it often does, with no goals, but no shortage of tension.

Here are 19 of our favourite moments from the weekend’s football.

Cojones of steel to slot that away after missing one early. What a moment.

What a way to mark your return from injury.

Harvey Elliott is back 💥

He must’ve been the happiest man in Anfield.

Bentancur has made a pretty good first impression at Spurs.

Jordi Alba with an absolute BEAUTY of a volley! 😍

Barca come up with an immediate response after Carrasco gave Atleti an early lead 🔥 pic.twitter.com/jVozTS9956

The Barcelona right-back is still as entertaining as ever.

Are you not entertained?! pic.twitter.com/uapoVk3U1w

Even when Messi is struggling for form, he still knows how to chip a goalkeeper.

The nonchalance of this finish from Lionel Messi… 😅

PSG have their third goal inside the first half against Lille! 💥 pic.twitter.com/eGFdI2T6aB

But Mbappe refused to be outdone by his PSG team-mate…

It’s only a small gesture but it meant a lot to one football fan.

Lacazette is now our favourite striker in the Premier League.

Hi Fran, really sorry to hear about your son’s situation. Id love to invite you both to a game. Bullies will never win. Please check your dm ♣️❤️

13 yrs ago, @IanWright0 starred in a documentary about helping at a young offenders' institution.

One of them was Adrian Clifton.

With Ian's help, he turned his life round, has had an international football career +now is in the FA Cup 4th round.@itvfootball reunited them 1/4 pic.twitter.com/XFxMCRf1UF

This could prove to be a huge goal in the Serie A title race.

The goal was alright but the celebration was even better.

Middlesbrough's Dael Fry on Cristiano Ronaldo: "I didn't dare look at him to be honest, but when I did I was like 'he looks fake', you know what I mean? He's so beautiful in real life. I was like 'wow'." #mulive [@BBCTeesSport] pic.twitter.com/YGaNwd3lL7

One of football’s good guys.

What a start for Dusan Vlahovic at Juventus! 🔥

He lifts a brilliant finish over the onrushing goalkeeper to open his account for his new club on his debut! ⚽ pic.twitter.com/fomnswUWj3

This belongs in the Louvre.

The definition of ‘limbs’ at Meadow Lane earlier from the #GTFC fans 🤣🤣🤣 pic.twitter.com/fpgJcf7pVE