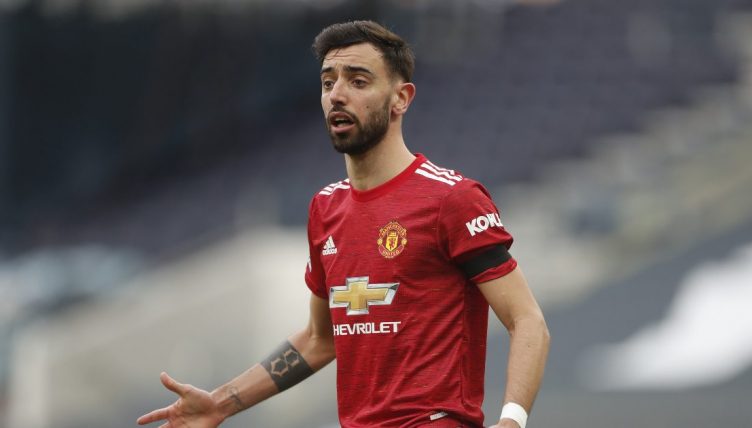 The war of words between Jose Mourinho and Ole Gunnar Solskjaer after Manchester United‘s 3-1 win over Tottenham  caught everybody’s attention this weekend.

🗣 "Son is very lucky his father is a better person than Ole."

Keane is too funny.

Vintage from Roy Keane on why Maddison, Perez and Choudhury were absent from Leicester’s match-day squad 👏🤣 pic.twitter.com/C9lcPzRzfU

Richards had to act as the mediator between Keane and Jamie Redknapp.

Alongside @DavidJonesSky I’ll make sure order is kept!!!

Going live for today’s triple header on @SkySports at 11am if you want to join us! 📺⚽️ pic.twitter.com/UJMq191uEJ

Phelan summed up how we all feel about VAR.

Lingard is in the form of his life right now.

Jesse Lingard got his first league minutes on February 3rd.

He already has more goals (8) than:

We could watch Benzema’s strike on repeat all day.

Inter are on the brink of their first Serie A title since 2010.

Antonio Conte ran over to celebrate with his Inter players after Darmian's crucial goal 😅 pic.twitter.com/e8Ye3NEgAS

Jude Bellingham scores his first goal in the Bundesliga!

What a goal this would’ve been.

Lionel Messi goes inches away from scoring a corner! 😱

The crossbar saves Thibaut Courtois just before half time 😅 pic.twitter.com/4VgvBFPOUb

He really is something else!

Kylian Mbappé nets his 21st Ligue 1 goal of the season from a ridiculously tight angle. pic.twitter.com/5236xPSATa

Gabriel Rojas with an outrageous goal in Argentina 😲

It’s easy to see why Manchester City have been linked with him.

Remember the name: 17-year-old Kayky 🇧🇷 is going to be a special player. Man City already have him coming to England as soon as he turns 18. People are already calling him the “left-footed Neymar”

The goal is decent but this is all about the assist.

Rebic blasts one into the top corner after an exquisite assist from Zlatan! 🤤

Milan take an early lead thanks to a stunning team goal 🔴⚫ pic.twitter.com/BTqfPin2at

Grimsby’s Stefan Payne sent off for this with teammate Filipe Morais pic.twitter.com/BPf2Stv8Mi

A strange yet effective free-kick routine.

Incredible technique from the Norwich midfielder.

From delight to despair in a matter of seconds.