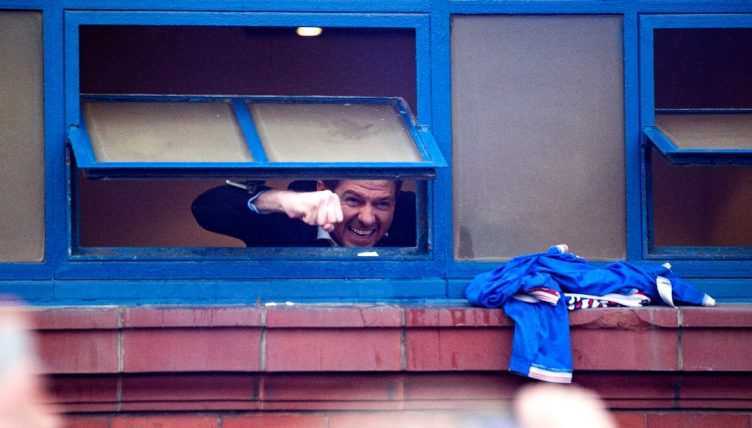 Manchester United stole the show in the Premier League this weekend by ending Manchester City‘s remarkable 21-game winning run with a 2-0 win at the Etihad.

Elsewhere, Rangers ended their 10-year wait for the Scottish title and Bayern Munich came from 2-0 down to beat Borussia Dortmund 4-2 in the Der Klassiker.

We reckon he enjoyed his first league title.

Monday morning’s hangover is going to be well worth it.

Martial was back to his best in the Manchester derby.

Bailly is one of the funniest players in football.

They continue to be the deadliest duo in the Premier League.

🏴󠁧󠁢󠁥󠁮󠁧󠁿 🇰🇷 @HKane and Heung-Min Son have now combined for more goals in a single season than any other duo in @premierleague history!
#THFC ⚪️ #COYS pic.twitter.com/WmyA7i8W6i

It took him less than two minutes to score against Bayern. Of course it did.

Robert Lewandowski has 3️⃣1️⃣ with 10 games to go 🔥

And he's scoring at a rate of 1.35 goals per game this season 👀 pic.twitter.com/BzHHaFSNOn

Daryl Dike hit this with all the fury of the ancestors, my GOODNESS pic.twitter.com/6uWFqjrEjS

We could watch this assist on repeat all day.

There are few things better than a cheeky nutmeg.

Luis Suarez continues his phenomenal season as he puts Atleti ahead in the derby with the outside of his right foot! 🔴⚪

Mbappe shouldn’t be this good at 22.

What a goal Mbappé pic.twitter.com/RMCiFEcqHX

Match of the Day

They couldn’t help but poke fun at Alexandre Lacazette.

Micah Richards made this far too easy for Keane.

🗣 "If he's that good why did they send him out on loan and then sell him to Tottenham?"

🗣 "I went on loan to Fiorentina, I was alright!"

Micah Richards walked right into that one. 🙄😂 pic.twitter.com/qi6Ee0apWE

📂 Documents
└📁 Videos you love to see
└📁 This angle of Krunic's goalpic.twitter.com/aMh73MqyQE

The most cynical tackle you’ll ever see. Fair play to the lad.