19 things we loved this weekend: Griezmann, Mbappe, Foden and more 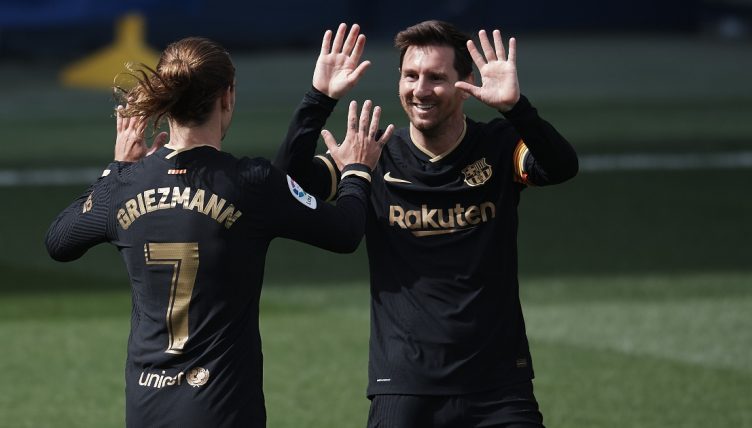 After a week that was dominated by the proposed Super League, normal service resumed across Europe over the weekend.

Manchester City won the League Cup for a fourth year in a row, while Barcelona were handed the advantage in Spain’s title race after Atletico Madrid and Real Madrid both dropped points.

We really love him.

Probably not the best idea to give him an entire half to run into.

The pace. The power. The finish. This guy is scary! pic.twitter.com/H8QHZQgwao

Steve Bruce calling Alan Shearer a “miserable git” on @BBCMOTD is everything 🤣🤣🤣🤣🤣pic.twitter.com/K1XjUQ047G

We can see why Liverpool are reportedly interested in him.

Goalkeeper Zander Clark flicks it on and Chris Kane slots it home! 🔵⚪

That ball from Ander Herrera, though. *chefs kiss*

Ander Herrera with the ball over the top… And then we just wait for the celebration 🥶 pic.twitter.com/HDCHqm5QFI

The Hornets couldn’t be kept down long.

🗣"Unfortunately you are going to hear my big mouth again in the Premier League!" 🤣

MLS is back, baby.

You’re not finding a sexier finish anywhere else in Europe this weekend.

Strong first half from Barca as they lead 2-1, and a spectacular one from Antoine Griezmann! 🔥

How about this for an audacious finish 😍 pic.twitter.com/V09Q5iEpnU

Ondrej Duda with a brilliant volley to put Köln ahead! pic.twitter.com/wVPbkeOAgu

The La Masia academy is a conveyor belt of talent.

🗣 "This player is sublime, honestly. He looks like he's playing in the playground."

🗣 "He's my favourite player, I love watching him."

Celebrating in front of actual fans. We could get used to this.

A reasonable reaction, to be honest.

Just to be clear, we love the nutmeg and not the ridiculous fall to the floor.

From the sublime to the ridiculous… pic.twitter.com/8PFX7oVQUH

Talk about taking one for the team … 😅😅😅 pic.twitter.com/HXkcrB1VaO

The fans are back in and making their voice heard.

Brondby supporters before today's game: “UEFA and FIFA, do not forget when the ESL is gone, you are still the no. 1 enemy in the fight against modern football”

Leeds fans have made their feelings known about the Super League proposal.

It is quiet… Ish outside the ground today. Leeds fans have left up some form of Super League protest to let it be known it is not forgive and forget. pic.twitter.com/3D3VDm8Q9Z