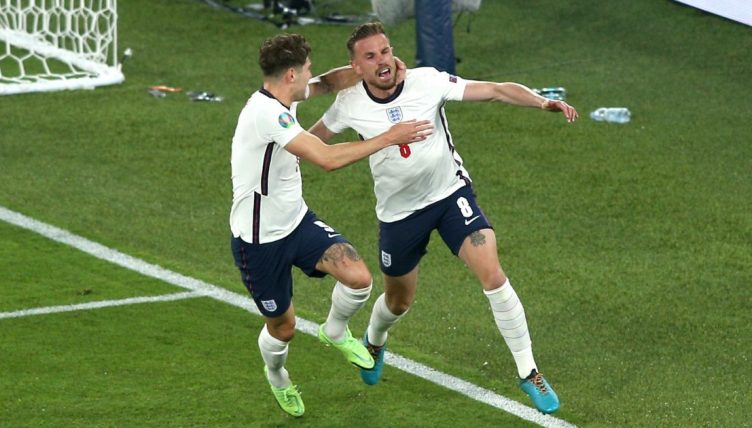 Elsewhere, Barcelona’s Lionel Messi got a goal and two assists against Ecuador as Argentina reached the Copa America semi-finals.

It’s amazing what a goal can do for your injuries.

Did Saturday night really happen? Yes it did.

He’ll never forget where he came from.

Jude Bellingham seeks out a group of Birmingham fans to give his shirt to!

Undoubtedly, the purest photos of all time.

We just cannot get enough of these @BukayoSaka87 images! 🤩 pic.twitter.com/ne4RLwwZtJ

That confirms it. Shaw is better than Zinedine Zidane.

Could he be on for a Champions League-European Championship double?

What a journey Denmark have been on.

This is about as wholesome as it gets.

Kane celebrated a bit too aggressively with Declan Rice after England’s second goal.

"KANE WITH THE CHOKEHOLD!" pic.twitter.com/9b9sfBSvSd

Manchester United’s newest superstar did not disappoint on his first start of Euro 2020.

There have been two free-kicks scored at the Copa America and Euros. Both of them by Messi.

It’s a good job Colombia went on to win the shootout.

Yerry Mina the only player who celebrates a goal in a penalty shootout like it’s a normal goal pic.twitter.com/AWJn1jzmQf

What a prospect Barcelona have on their hands.

That cross. Assist of the tournament?

Joakim Maehle, that is outrageous! 😱

His Copa America adventure might be over but at least we got this picture.

Ecuador might’ve lost 3-0 but at least one of their players did this.

They might be sh*thouses but they’re impossible not to love.