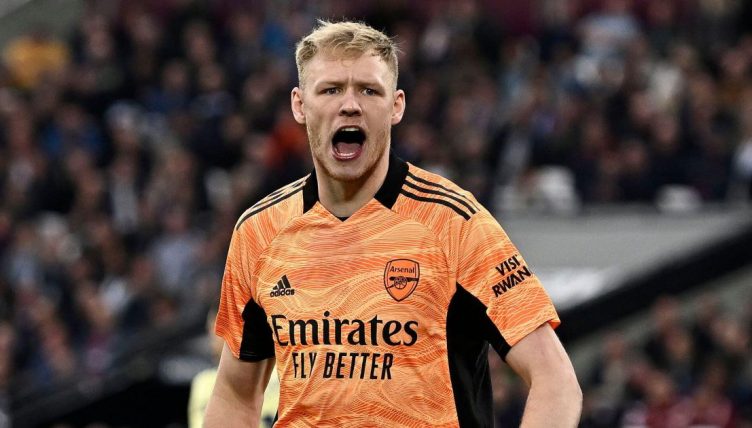 While the Premier League title race looks set to go down to the wire, Real Madrid claimed a record-extending 35th La Liga title at the weekend.

Elsewhere, Everton kept their survival hopes alive with a 1-0 win over Chelsea and AC Milan scored a late winner against Fiorentina to maintain their lead at the top of Serie A.

The Brazilian brought some samba to Madrid’s trophy parade.

When we grow up, we want to be like Carlo Ancelotti. https://t.co/1g7rscLEGN

The Real Madrid defender should probably stick to football.

🗣 “Only took six years and a new hairline.”

Alexander-Arnold will be back on free-kick duties next week.

He summed up how we all felt after Son Heung-min’s goal.

Kulisevski has been a sensational signing for Spurs.

Mbappe makes everything look so easy.

Kylian Mbappé is simply outrageous. Pace personified, finishing without question, one of the best there is at the moment ⚡ pic.twitter.com/u7BcSiWeBW

This Everton fan was doing everything in his powers to run down the clock in stoppage time ⏱ pic.twitter.com/Cx8QTMilUU

This Pickford save gave me goosebumps pic.twitter.com/8NMxzdUPyQ

It’s easy to see why Man Utd fans are excited about this guy.

He scored a hat-trick vs Swansea and this beauty was the pick of the bunch.

This could prove to be a huge goal in the Serie A title race.

It's come late, but what a huge goal that could be for Milan! 💥

Rafael Leão picked his spot and found the gap perfectly 🤌

That's now 10 league goals for the 22-year-old this season. pic.twitter.com/fSjRqJG81h

Turkish side Trabzonspor won the league for the first time in 38 years and their fans and residents of Trabzon went ALL OUT last night. Incredible scenes (via @yunusemresel) pic.twitter.com/TD03167wAg

Sebastian Ferreira from the halfway line in the 5th minute 🤯

Is someone cutting onions?

Bologna's players and staff went to visit their manager Siniša Mihajlović, who is in hospital undergoing a course of leukemia treatment, after their win vs. Inter ❤️ pic.twitter.com/yFBo4KqiCS

An incredible end to the FA Women’s Championship season.

They were bottom of the table on -4 points, 10 behind Watford.

After hauling themselves back, it was a straight shootout for survival today: if Coventry won, Watford would go down.