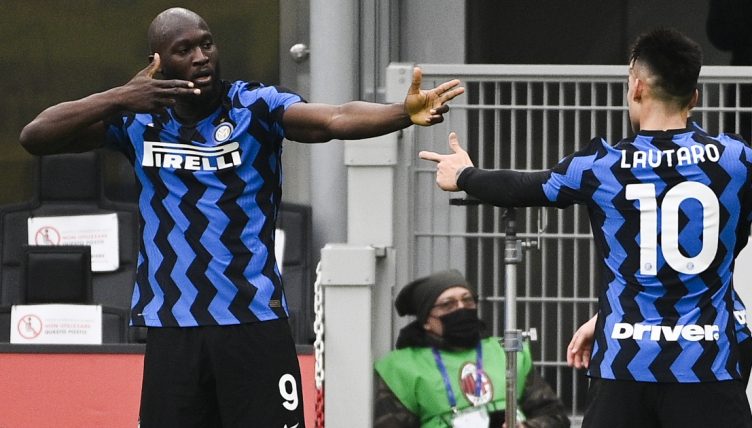 It was business as usual in the Premier League this weekend as Manchester City kept up their run at the top of the table, while Liverpool‘s implosion continued.

Elsewhere, a rare Atletico Madrid defeat breathed life back into the La Liga title race, Antonio Conte’s Inter made a big step forward with a 3-0 win in the Milan derby, and things remain interesting in Germany and France.

Only saying what we’re all thinking.

Weird moment as Harrison is miles offside but the flag stays down as the linesman waits for VAR purposes and then doesn't raise it as Leeds carrying on attacking. Even Ayling shouts 'that thing in your hand, fucking use it.'

Things don’t get any easier for poor Jan Bednarek.

David Moyes is getting a tune out of the West Ham players.

The Band Has Arrived🤩🔥🤫 pic.twitter.com/gAqA6BL5UI

Fernandes continues to set the standard in terms of productivity.

Most @premierleague goals + assists this season:

Bayern Munich may have lost but bloody hell look at this assist.

Sancho isn’t the first English player to speak with a dodgy foreign accent.

Don’t worry @Sanchooo10
Happens to the best of us…🤣🤣 https://t.co/fjaTcTzr2l

He’s only 20 and we’re already running out of words for Haaland.

Real talk, do we actually have any proof that Haaland wasn't made in a factory?

EVERTON HAVE FINALLY BEATEN LIVERPOOL AT ANFIELD FOR THE FIRST TIME SINCE 1999! 🔵

Look what it means to the players and Big Duncan Ferguson! 💪 pic.twitter.com/GcIplAOuNO

A brilliant gesture from the pair.

If he’s half the player his dad was, etc…

Nice free-kick goal from Etienne Eto'o Pineda, son of Samuel Eto'o, for Cameroon U20 vs Mozambique at #U20AFCON 🇨🇲⚽️ pic.twitter.com/E0yevjxrHc

That’s how to celebrate bossing a Milan derby.

Lukaku gets his reward for his outstanding performance! 🙌

Inter in control of the derby 🔵⚫

Inter in control of the title race? 👀 pic.twitter.com/qGZFL05oTO

The goalkeeper could only stand and watch this fly into the net.

MARCEL SABITZER WHAT A GOAL! 😳 pic.twitter.com/b0TzqEw3au

La Liga’s most in-form player scored for a sixth straight game in style.

Isak with the hat-trick! 🎩

Make that 9 goals in his last 6 LaLiga matches 😱 pic.twitter.com/wMnVMDcRVo

What an absolutely incredible player Dylan Bahamboula is. No right to do that. #oafc pic.twitter.com/RhTsnY6omX

You: Kaka to Crespo
Me: Fiorini to Bilatepic.twitter.com/d7iOUOkPao

Neuer was given no chance. 🙅‍♂️ pic.twitter.com/rbZQSbzAdc