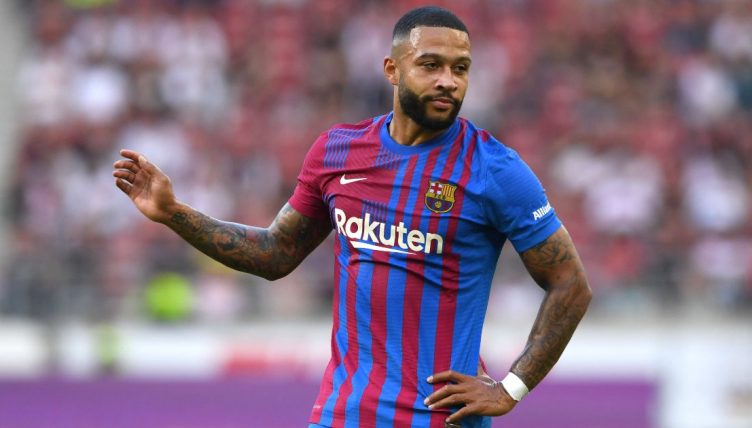 While transfer rumours continue to dominate the headlines, there was still plenty of entertaining football over the weekend.

Lille beat Paris Saint-Germain 1-0 to secure the first trophy of the 2021-22 season, while other clubs continued their pre-season preparations.

Memphis has hit the ground running with two goals in two games.

What a goal that is from Memphis Depay! 🔥🔥

He's going to be amazing to watch at Barcelona 👀 pic.twitter.com/roYC5vePXu

We really miss watching Payet in the Premier League.

It’s easy to see why Vieira has been linked with a move to Liverpool.

It only took 47 seconds for @JosefMartinez17 to do THIS. pic.twitter.com/iD6ng2DrCq

“Fortnite is a nightmare. Football players stay up all night playing that shit and they have a game the next day.”

This interview is a real roller coaster.

Whatever happens to Sheffield Wednesday this season, Paul Cook’s voice changing multiple times in post-match interviews will forever be my favourite thing about League One. pic.twitter.com/wK49sWLpNb

It’s great to see the Wolves striker back in the goals after a difficult year.

🇲🇽 Raul Jimenez back scoring
🗣 Fans back in stadiums

Looks like the big Frenchman is already enjoying himself in Italy.

Giroud is settling well in Milan it seems😂😂😂 pic.twitter.com/8zHZYMbEjN

This hit from the Mexico midfielder stayed hit. Golazo.

We’ve no idea how the Red Bull Salzburg youngster managed to wriggle past that many Atletico players.

The West Ham midfielder showed no mercy to his old team-mates at Brentford.

Saïd Benrahma with a stunner against his former side! 🔥

Brentford lose possession in a dangerous position and the West Ham man is on hand to curl the ball into the top corner 🎯 pic.twitter.com/86Nxz5WD8z

We can’t help but feel sorry for that defender.

Eugenie Le Sommer that is DISRESPECTFUL 😲