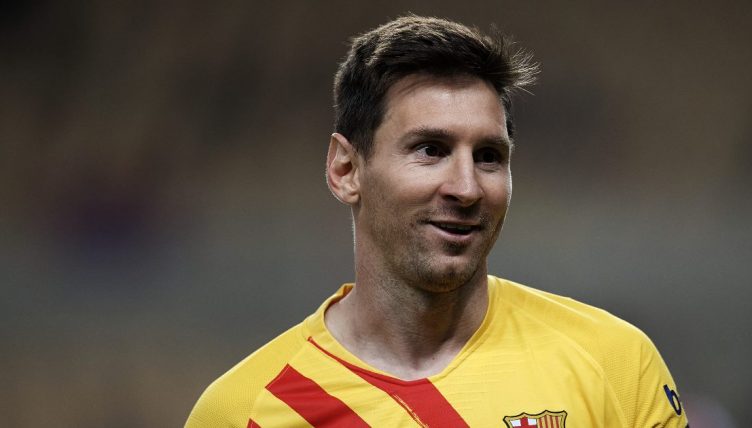 You could be forgiven for forgetting that plenty of exciting football took place this weekend after it became overshadowed by news of 12 clubs agreeing to join a European Super League.

While Lionel Messi produced a masterclass in the Copa del Rey final for Barcelona, his display became quickly overlooked as news broke of football once again trying to eat itself.

We’ll let Gary Neville do the talking for us on that one. Meanwhile, we’ve rounded up the best of the action this weekend on and off the field.

🗣 "They are an absolute joke." 🤬@GNev2 shares his opinion on the big six clubs signing up to the 'European Super League' pic.twitter.com/fJChoE1VCf

Starts the move in his own half, finishes it in the opposition box. Vintage indeed.

We’ve said it before and we’ll say it again, Rashford is the new king of the elastico.

That first touch should be hung in a museum.

An immaculate touch sets up his 34th goal of the season 🔥 pic.twitter.com/YAkCBlF9l8

This is the fifth season Harry Kane has scored 20+ goals in the league; only Alan Shearer (7) and Sergio Aguero (6) have done so in more #PL seasons#EVETOT pic.twitter.com/blyd212J5O

Wait.. Fernandinho is getting cooked by Mason mount 😂 pic.twitter.com/ARJNuTWkTo

🗣 "I think it's affected Fred more than anyone else." 🤣

We didn’t expect this from the 36-year-old.

Steven Davis with the acrobatics! 😱

We miss him playing in England so, so much.

Dimitri Payet only deals in the sublime 🔥

Words do not do this justice 🙌

And still nobody knows which is Cazorla’s preferred foot.

We didn’t even realise Rodallega was still playing, let alone scoring goals like this.

Tenner bet you see his name in a gossip column at some point this week.

Leon Bailey, what a talent 🤩 pic.twitter.com/kabEVlhzmi

Our bitterness that we witnessed a dour 0-0 draw when we visited Seattle only grows.

JOAO PAULO OH MY WORD YOU DID NOT 😱 pic.twitter.com/XwaajgdyKn

The Ekstraklasa never ceases to entertain us.

It's a gloomy Monday morning to be a football fan, so here's the CFR Cluj players returning with the Romanian Supercup…pic.twitter.com/EL7xWNKxhU