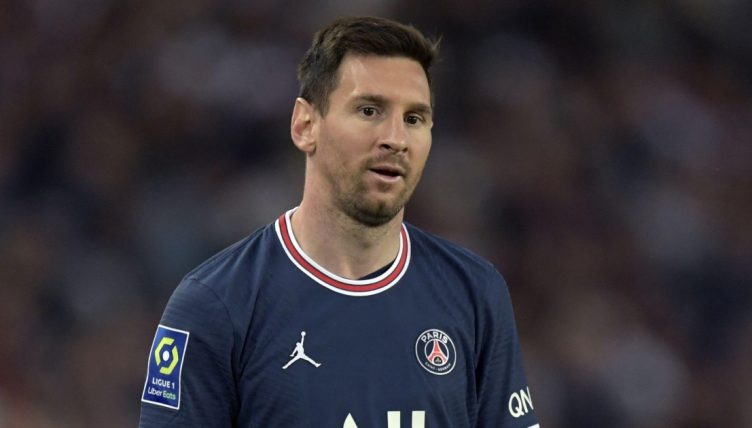 The fight for the Premier League title continued over the weekend as Manchester City cruised past Watford and Liverpool beat local rivals Everton at Anfield.

Vintage stuff to help clinch his first trophy with PSG.

Another week, another ridiculous record broken.

What a lovely addition to the Premier League he’s been.

Luis Diaz is a breath of fresh air pic.twitter.com/2rz8L8gcaq

More of this sort of thing, please.

If Eddie Nketiah had scored this would’ve been one of the assists of the season.

Always good to check in on how Charlie Adam is doing these days.

This is the greatest dive Scottish football has ever seen 😂 10/10 for Charlie Adam 👏 pic.twitter.com/8mwtj5W2oO

Pray for the players that have to face him in the dressing room.

Joaquin, eat your heart out.

Diego Forlán still got it.👌

The 2010 World Cup star with a ‘Gol de Olímpico’ while playing some 40+ football in Uruguay.pic.twitter.com/sp4IL4Y8cn

What a lovely move this is from Serie A’s table toppers.

A wonderful flowing move from the champions! From one end to the other in a flash and Denzel Dumfries puts them ahead 👊

You still know he would’ve loved to spoil the party.

One of the special ones ✨ pic.twitter.com/OG6STi25UF

We wouldn’t be surprised if Matic ends up at Mourinho’s Roma next season.

It would lovely to see him back at Spurs next season, wouldn’t it?

That's put a smile on my face, Christian Eriksen goes over the the away end a signs a shirt for a Spurs fan. He is a class act. pic.twitter.com/PQjPvqeTVO

Young @JamalMusiala strikes and the Allianz Arena is ROCKING! 🙌 pic.twitter.com/3I78bhyZJz

Our hero for keeping the Serie A title race alive.

TONALI WINS IT IN ADDED TIME! 😱

Milan come from behind to snatch it late in Rome and head two points clear at the top of Serie A. pic.twitter.com/z03M4GmkyK

Another attendance record broken for women’s football on Friday night.

I don’t have words for this pic.twitter.com/RQLSUQwqxH

He ran onto the pitch to teach the Santa Cruz goalkeeper how to make a save.