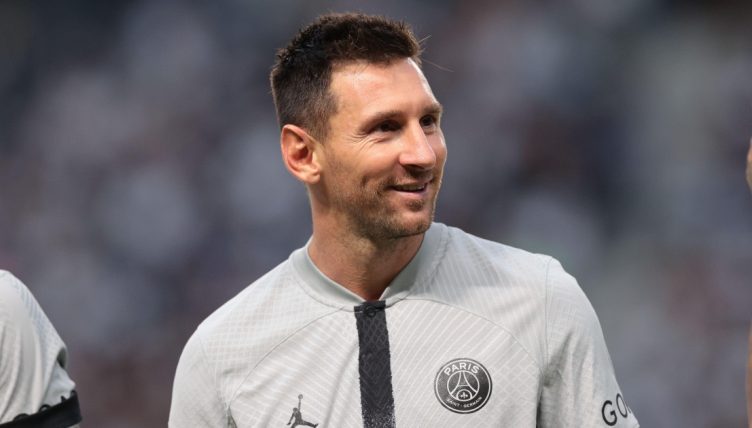 Football officially came home at the weekend as England Women beat Germany 2-1 at Wembley in a dramatic Euro 2022 final.

Elsewhere, Liverpool beat Manchester City 3-1 in the Community Shield while the Championship, League One and League Two all got underway.

The history-makers couldn’t hide their delight after winning Euro 2022.

She deserved the Player of the Match award for this.

Not been watching the football, but very happily been watching a loop of this video of Jill Scott saying "fuck off, you fucking prick!" Genuinely marvellous. pic.twitter.com/CpRtHNpAnH

Russo has clearly been learning German in recent weeks.

The Arsenal centre-back has ice in his veins.

Man City wanted to restart the game quickly but Van Dijk wasn’t having any of it.

😂 Look at the little grasses trying to get Van Dijk booked! pic.twitter.com/qvvxRSoOel

Remember when people doubted Thiago? That was a funny time.

Thiago is so silky man pic.twitter.com/ePuigAvno6

Not a bad way to mark your first appearance in a Southampton shirt.

Patrick Vieira’s Palace side are so fun to watch.

A very early contender for Championship Goal of the Season.

What a screamer this was from Blackburn @Rovers' Lewis Travis 😱

Watch our @EFL highlights show on @ITV4 at 9pm pic.twitter.com/u6dGaf01yh

PSG strike first in the Trophée des Champions after a moment of magic from their No. 30 😉 pic.twitter.com/8uQOhvhnUr

Ramos has now scored 107 goals in his career. Not bad for a centre-back…

A back-heel finish from Sergio Ramos 😱

The goals in this game have been nothing short of amazing 😮‍💨 pic.twitter.com/ITEgytSBLB

The former Arsenal manager is clearly not a fan of the memes.

He must have a foot like a traction engine.

"In the top corner where the spiders live!"

Dani Olmo with the play of the season already…

Leaving the ball on the line so the Bayern player picks it up… Handball. 😏

The former Barcelona and PSG midfielder enjoyed a dream debut for PSV.

XAVI SIMONS, OH MY!!! WHAT A GOAL TO MARK YOUR DEBUT!!pic.twitter.com/JAJypHrWrZ

We hadn’t heard of him a week ago but Gomes is now our favourite player.

A truly brilliant gesture from Everton.

Everton supporter Paul Stratton was brought on to take a penalty in a friendly match against Dynamo Kyiv.

He has been delivering supplies by car to refugees of the Russian invasion in Ukraine 👏 pic.twitter.com/OrZUUv8vci

We’ve been watching this strike on repeat all morning.

How about another angle? pic.twitter.com/uUJdXVNYnG