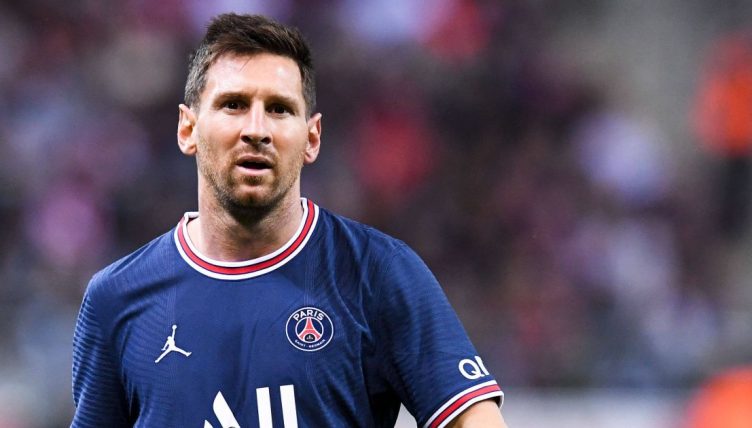 While Cristiano Ronaldo’s return to Manchester United dominated the headlines, there were plenty of eye-catching moments elsewhere around the world over the weekend.

Lionel Messi came off the bench to make his debut for PSG and Arsenal’s start to the season went from bad to worse following their 5-0 defeat to Manchester City.

Fernandes is one of several million people delighted by Cristiano Ronaldo’s return to Man Utd.

Reporter🗣"What are your thoughts on the arrival of Cristiano Ronaldo?"

Everybody is in awe of PSG’s star summer signing.

A quick selfie, a banner signing and bumping into Thierry Henry! 🤷‍♂️

A surreal ending for Leo Messi in his first game for PSG! #beINLigue1 #SDRPSG

Zinedine Zidane would be proud of that turn.

That Control from Mason Mount 🤤pic.twitter.com/M4rOfyqZRX

Mane tried but failed to hide his delight after Reece James got sent off.

That’s no way to treat your former manager…

Dortmund vs Hoffenheim was a classic last night with Erling Haaland saving the day pic.twitter.com/ZM8oHweGmu

Soler is the new Scorpion King.

Take a moment to appreciate this beautiful flicked finish from Carlos Soler 😍 pic.twitter.com/DPIhaaFFvC

Even the referee’s feel the wrath of Casemiro’s tackles.

Did he get the ball? 🤔 pic.twitter.com/tJNTCR0TOw

Abraham has made an impressive start to his Roma career.

Abraham isn’t the only ex-Chelsea striker starring in Italy.

It’s easy to forget that Ibrahimovic turns 40 in a few weeks.

Tick tock is over pic.twitter.com/jDxmSAGCmn

In other news, Mario Balotelli was so annoyed at being subbed for Adana Demirspor that he punched his teammate pic.twitter.com/eXtcc664U8

Excellent shithousery from the Burnley defender.

Ronaldo fever has gripped everyone at Man Utd.

Sam Mather did @Cristiano's celebration after scoring against Leeds 👀😄 pic.twitter.com/YJL276EP4L

A heartwarming tribute at Wigan.

Story of the weekend in the EFL at Wigan. pic.twitter.com/f7whDMSiDo

Cornet is clearly delighted to sign for Umbro FC.

There’s nothing better than a comical own goal.

Atleti equalise through a freak Villarreal own goal right at the death 🤪 pic.twitter.com/dGzQduugiK

The fans have got a point in fairness…

Can you name all 12 clubs that Nicolas Anelka played for during his career?