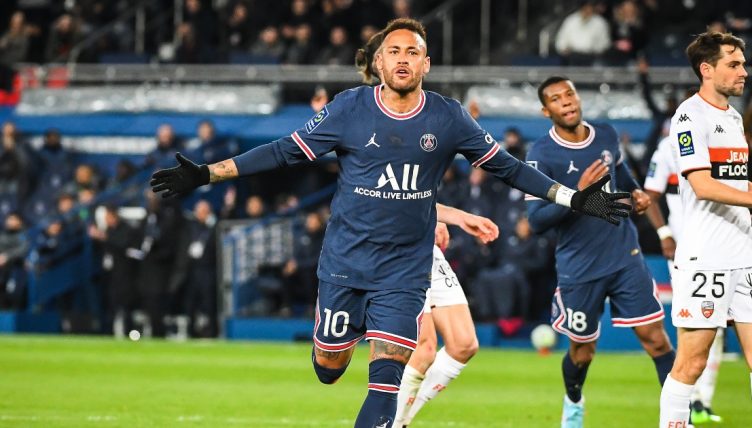 This weekend, Liverpool and Manchester City both picked up where they left off before the international break to maintain the thrilling Premier League title race.

Elsewhere, Celtic came from behind to beat Rangers 2-1 at Ibrox and move six points clear of their rivals at the top of the Scottish Premiership.

But that was all we feasted our eyes upon from the UK and across Europe. We’ve rounded up the best of the action on and off the field.

This is just ridiculous.

At 23 years old, Kylian Mbappé has been directly involved in 315 goals in 323 first-team appearances for club & country.

He averages a goal or assist once every 75.8 minutes. 🤯 pic.twitter.com/YZteCalcVf

The Sevilla defence left scrambling as the youngster bided his time before smashing Barca in front 🔵🔴 pic.twitter.com/OfTA56YxI4

Romero has already made himself a fan favourite in north London.

Cuti Romero is quality, pass it on.

Kane now loves an assist almost as much as he loves a goal.

20/20 – Harry Kane has assisted 40 goals in the Premier League; his first 20 assists were spread across his first 211 appearances in the competition, while his last 20 have come in his last 63 appearances. Vision. pic.twitter.com/1Js2teaQQM

A stunning performance from a wonderful midfielder.

The pure joy on Eriksen's face after his goal 🥺 pic.twitter.com/zkS5HjjOj6

We could watch this goal on repeat all day.

Forest are going to have a tough time hanging onto Johnson if he keeps doing this.

Not a bad way to send your team to Wembley.

Not a bad time to score your first senior goal in English football.

Arsenal loanee Jordi Osei-Tutu scored a 96th minute equaliser for Rotherham against Sutton, as the League One side went on to win the Papa John's Trophy in extra time. 🏆pic.twitter.com/hIkf0hVPbb

They’ve been working on this goal for years.

We’re really glad that Jeff has put his retirement plans on hold.

🗣 "Hello Gary? Where could he go? Salford? He wants a job where he's going to last more than six months." 📞 🤣@JeffStelling pretends to give @GNev2 a call on Soccer Saturday to ask where Mikel Arteta can go after Arsenal pic.twitter.com/CInM4Kc138

This is just mean.

“Where will we ask Zola to stand?”

“Next to Crouch, of course.” pic.twitter.com/rxx8e2PyqW

"Stevie G… I won't have a bad word said about him!"@BenFoster has @TheDesKelly's back 😂 pic.twitter.com/uuUt1BFInN

Barcelona Femeni still won 6-1 but what a goal…