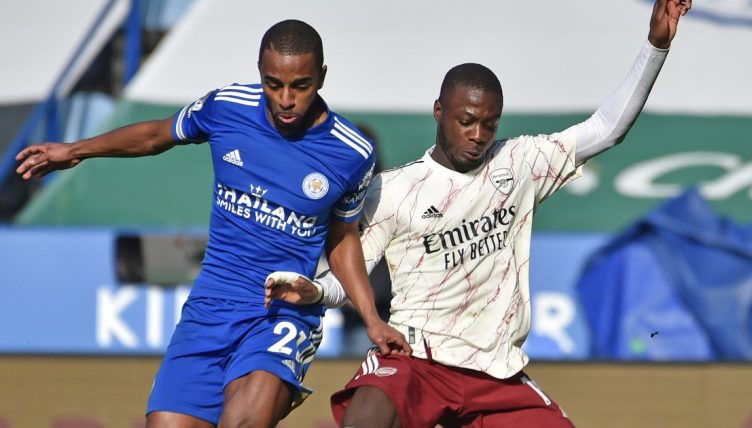 The Manchester City winning machine ploughed on with a 2-1 victory against West Ham at the weekend, making it 20 straight wins in all competitions.

Elsewhere, Roy Keane and Jamie Redknapp provided some brilliant pre-match entertainment, while Notts County’s Elisha Sam scored one of the goals of the season.

Roy Keane & Jamie Redknapp have an heated argument about whether Tottenham are an average team 🍿 🤬 pic.twitter.com/d5g7MyokJG

Lucas clearly didn’t get the memo.

Bale and Son: *Doing the Make A Wish celebration for kids with cancer* 🥰

This is the Pepe that Arsenal fans have been waiting for.

This is the Willian we expected. pic.twitter.com/N4WZHDRXRD

His latest assist was pretty special.

FIFA might as well just give him the Puskas award now.

Buckle in for one of the most RIDICULOUS goals you'll ever see! 🤯 pic.twitter.com/kmmMj5tlb8

Bournemouth vs Watford descended into chaos in the closing stages.

It all went off at the end of Bournemouth v Watford… 😡

João Pedro and Jack Wilshere both sent off! 🟥 pic.twitter.com/pjcbtconx9

There was nothing the goalkeeper could do about this.

The swerve on this 😲

Felix continues to silence his critics this season.

The ball breaks to Joao Felix, and his technique is perfect! 🔥

This is definitely how we’d try and defend against Messi.

Another fan asking Messi for his jersey pic.twitter.com/Jx254dnMe1

It’s easy to forget that Sancho is only 20 years old.

Jadon Sancho with a goal and an assist for Dortmund today.

Arambarri with an absolute SCREAMER! 😱😱😱

A Goal of the Season contender from the Getafe midfielder as he hits an absolute ROCKET from way, way out! 🚀 pic.twitter.com/jdvDFQkz3w

It’s easy to see why Bailey has been linked with a move to the Premier League.

Leon Bailey sends the defender to the floor and smashes it home. 💥😎

They summed up how we all felt.

🗣 "It's a total, utter, shameful, disgraceful piece of NONSENSE!"

Jeff and the boys CANNOT believe what they're seeing from the game between West Brom and Brighton! 👀😂

Big Sam: put a challenge in early let them know you are there

David Beckham would be proud of this one.

Free-kicks don't get much better than that! 😵🔥

This is like something out of a comedy sketch.

If only somebody had written about Velasco…