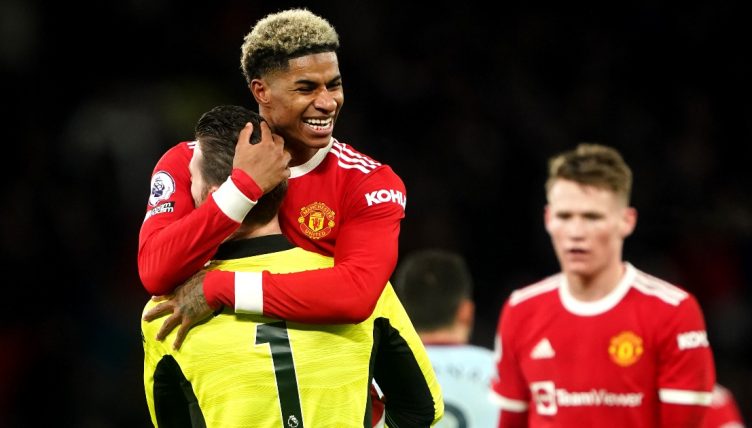 We had to savour the Premier League action this weekend ahead of the upcoming international break, but it didn’t disappoint.

There was late drama at Old Trafford, Manchester City dropping points and rekindling a potential title race and an absorbing London derby as Antonio Conte returned to Stamford Bridge. Then there was plenty of great stuff happening across Europe, at AFCON, and lower down the pyramid.

Here are 19 of our favourite moments from the weekend.

There’s a lot going on here but McTominay’s tumble is hilarious.

We’re running out of superlatives for him now.

Jurgen Klopp passing beers to fans after the game 😂😂 pic.twitter.com/5v0C8WiEx3

"I'm a bit wary of saying they've gone sloppy in case Klopp comes after me."

You won’t hear any arguments from us.

It’s blown our mind a bit that Messi watches MNF.

Honoured to be called a donkey by the Legend Lionel Messi! @EASPORTSFIFA

It’s safe to say that Gerrard enjoyed his latest trip to Goodison Park.

Lorenzo Insigne smashes in a penalty on his return from injury 💥

He ties Diego Maradona on 115 goals for Napoli 👏 pic.twitter.com/1CBcuHcdhD

🚨 NON-LEAGUE GOAL OF THE SEASON HAS BEEN SCORED! 🚨

THIS IS NOT A DRILL!

A well deserved brace for the former Arsenal youngster 👏 pic.twitter.com/6uZ70lF7Jr

A nice touch from Hartdogg.

"There's Joe Hart!" He's not just a goalkeeper, he takes photographs as well." 😂

Class from the Celtic keeper 👏 pic.twitter.com/e6BTkQV9mm

Three goals in 177 appearances in England. One in one in Australia.

James Ward-Prowse is setting a fine example at Southampton! 🎯👏 pic.twitter.com/2jNEydbQle

Virginia Torrecilla's appearance in the Spanish Super Cup final was her first for Atletico Madrid since undergoing surgery for a brain tumour.

Opponents Barcelona threw her in the air at full time to celebrate.