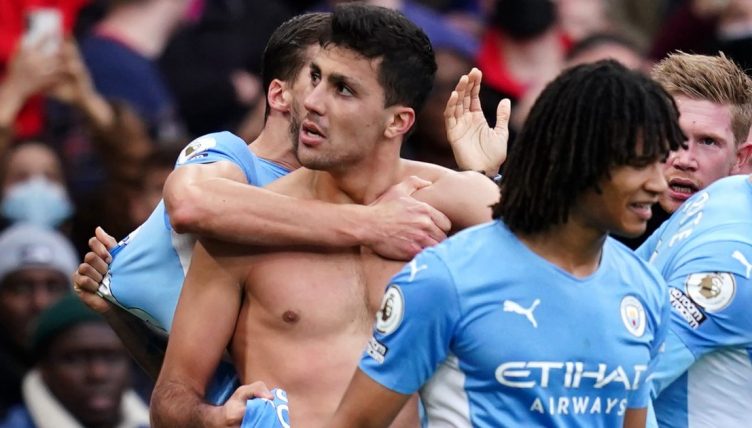 After we waved goodbye to 2021, the new year got off to a brilliant start with plenty of drama and controversy in the Premier League.

Pep Guardiola coming back to wish us all a Happy New Year is a good start to 2022 😂 pic.twitter.com/PI2LyrBzgq

Vieira has lost none of the bite that defined his playing career.

Patrick Vieira is booked at full-time after losing his cool with the referee 🤬 pic.twitter.com/SRlwpx1DE7

His goal was alight and this was pretty special too.

Lloris has been the first choice at Spurs for almost a decade. This is why.

Look how much it means to Sonny 😭🇰🇷 #COYS pic.twitter.com/50NehPXg8Z

These numbers are just ridiculous.

Mohamed Salah has now been directly involved in TWO-HUNDRED goals for Liverpool:

Excellent reflexes from the Chelsea goalkeeper.

What a save that is as David Soria denies Casemiro! 🖐️

Still so far so good for Getafe 👀 pic.twitter.com/992Pb0gk3u

This year’s Fallon d’Floor award has been sewn up early.

Carragher couldn’t believe it when he got interrupted by Graeme Souness.

We’re getting flashbacks to that Torres goal against Barcelona.

I just don’t know how Gary Neville pushes on from this noise. It simply does not get any better than this pic.twitter.com/rC3EXQkLHm

El Tigre was a force of nature for Atleti back in the day.

A lovely reception for Falcao as he comes on as a sub at the Wanda Metropolitano! 👏

The Atletico Madrid fans remember all he did for their team 🔴⚪ pic.twitter.com/DQnFLGwKFH

I could’ve died of happiness at this point 🙁 pic.twitter.com/y9YCfrPaTp

Rodri and that celebration 💙pic.twitter.com/Ro1sD4Fpan

Another brilliant celebration from the West Ham striker.

You've got to love it 😅pic.twitter.com/iF8dbvWES0

Elland Road hasn’t had enough of this since fans returned.

To think Ryan Reynolds was probably celebrating this strike somewhere in Hollywood.

Jorginho’s penalty technique isn’t as easy as it looks.