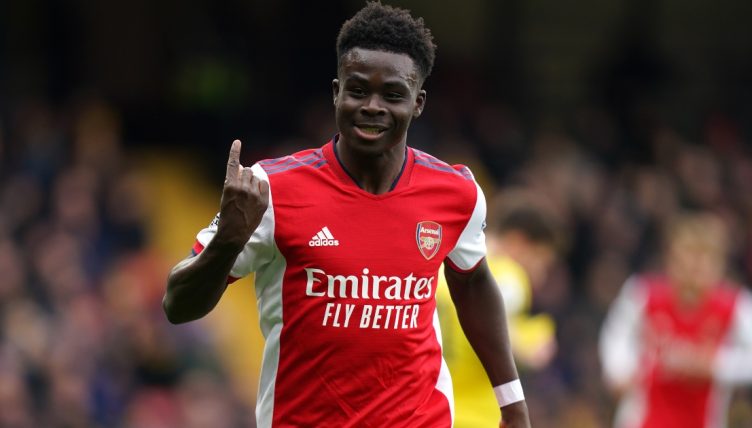 Manchester City stole the headlines this weekend by producing a brilliant performance to beat Manchester United 4-1 at the Etihad.

Elsewhere, Arsenal moved into the top four with a 3-2 win over Watford and Real Madrid beat Real Sociedad to extend their lead at the top of La Liga.

I bet there’s one poor guy who decided to stay in rather than go to that pub on Friday night.

Diaz has made an immediate impact at Liverpool.

This could prove to be a huge moment in the title race.

Resolute from the Reds to keep that clean sheet 👊 pic.twitter.com/Y59iXqgeBA

Micah Richards trying his best to hold in his laughter when Roy Keane vents about Manchester United 🤣 pic.twitter.com/8kyKJvueSF

He’s been eating his spinach.

Kevin De Bruyne had more shots (6 vs 5), registered more shots on target (4 vs 2) and created more chances for team-mates (5 vs 2) than the entire Man Utd side combined during his time on the pitch.

Forget the goal and assist and just look at this first touch.

A great manager and an even better ballboy.

Arsenal’s captain taking it back to the playground.

Wee Tierney giving it me and you Mon then 😂😂😂 pic.twitter.com/kG0oL7gdOL

Mount had a lot of faith in his Chelsea team-mate.

Brandon Williams gave Christian Eriksen a warm welcome back to the Premier League, giving the Brentford man a hug after the players fell to the floor after a challenge ❤️ pic.twitter.com/86lAQ5qAjR

Camavinga gave a brilliant reminder of his talents against Real Sociedad.

Eduardo Camavinga with a left-footed ROCKET! 🚀🚀

What a strike that is from the Real Madrid youngster ⚪ pic.twitter.com/uDZ7nlO1SV

But Modric wasn’t going to be overshadowed by his midfield partner.

Oh that is an absolute SCREAMER from Luka Modric! 😱😱

Magic from the Croatian as two brilliant goals turn this game around for Real Madrid 🔥 pic.twitter.com/jOFx9CDlNo

A beautiful way to finish a fantastic team move.

A quite outrageously beautiful goal from Derby County, finished by Ravel Morrison 🔥 pic.twitter.com/Nqspey2ACh

Now this is just taking the piss.

What's better than one Olimpico? Two!

Katie Zelem scores her SECOND goal from a corner kick, in the same match. 🤯

How can you not love Stevie G – having a kick about with his lad – absolutely LOVE IT 🥰👏 x @AVFCOfficial #avfc #astonvilla #villa #gerrard pic.twitter.com/Y3djqeMhal

The boy is on fire – will Chelsea look to activate his buy-back clause?

The Englishman scores his seventh goal in 2022, his 13th of the season in Serie A.

He's on a roll in the Italian capital! 🇮🇹 pic.twitter.com/GWJ5TDaopH

Gordon Banks would have been proud of this save.

Daniel Iversen take a bow, won us the game this without a shadow of a doubt #pnefc #lcfc pic.twitter.com/7qCbqwrpJx