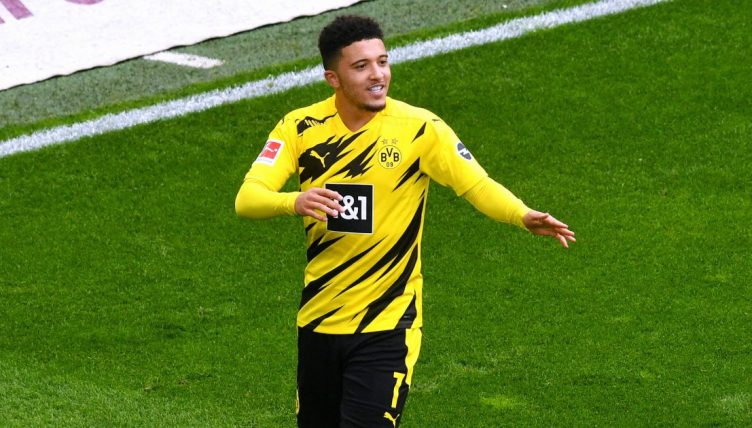 Elsewhere, AC Milan beat Juventus 3-0 in a massive win in the race for Champions League qualification and Lille edged closer to their first Ligue 1 title in 10 years.

Not bad for a player who has just three goals this season.

We bet this isn’t the only record Greenwood breaks at Man Utd.

Mason Greenwood overtakes Wayne Rooney as the top scoring teenager for @ManUtd in the #PL pic.twitter.com/LbLJOhPgfQ

An unorthodox yet effective style of man-management.

Tuchel got hold of Hudson Odoi at full time and then started coaching him, then after the talk, he headlocked him 😂 pic.twitter.com/c5FJi3IcUz

In the form of his career at 35. Some story.

Burak Yilmaz fires in a rocket from outside of the box! ☄️

Could that be the strike that wins Ligue 1 for Lille🏆 pic.twitter.com/QssZS7VbyR

The Man Utd loanee capped off his stint at Nottingham Forest in style.

Elliott will now be hoping to break into the Liverpool team next season.

Sancho has just added a few million to his price tag with this nutmeg.

Diaz is starting to show why he was so highly rated at Man City.

We’ve watched this on repeat about 100 times.

Just Kessie being Kessie and sending De Ligt back to Ajax 🔥🔥🔥😍 pic.twitter.com/p5YbscWudX

No wonder Arsenal were interested in Aouar last summer.

Aouar needed at the carpet🤤 pic.twitter.com/mYjRg1Iemj

He’s now just one short of Gerd Mueller’s record of 40 goals in a single Bundesliga season.

The former Man Utd winger is having his own goal of the season competition.

Rafa Mir's excellent season for Huesca continues with this absolutely audacious effort to catch the keeper off his line 🔥 pic.twitter.com/w6BYLl8YyK

Man City looked to have signed a special talent.

Attention Man City fans: Kayky is at it again for Fluminense.

That’s four goals in his last seven games for the 17-year-old.#NXGN pic.twitter.com/WMouH5J5RS

If Lionel Messi wasn’t playing against Atletico Madrid, we’d think this was him.

A goal Lionel Messi would be proud of! 🐐 pic.twitter.com/O12hXo2bOs

It’s safe to say the Bolton players enjoyed their promotion to League One.

A brilliant insight into his tactics.

Brondby coach Niels Fredriksen possibly about to become the biggest meme in the game pic.twitter.com/qmIVCWZa5y

We’re still not quite sure how he’s done this.

How did this go in 😲 pic.twitter.com/WPfd0G1QZk

15 of the best and worst Panenkas ever: Aguero, Zidane, Pirlo, Ramos….