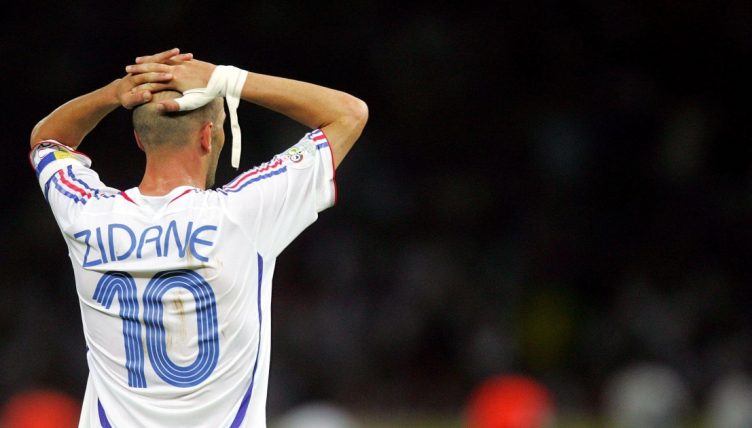 The 2006 FIFA World Cup perhaps wasn’t the best edition in the competition’s history – but it provided enough bonkers moments to keep the world entertained.

Germany hosted the month-long jamboree and proved to be splendid hosts – the combination of beer and bratwurst was always likely to win over football supporters – while Italy won the trophy after a penalty shoot-out victory over France in the final.

The tournament was a disappointment for some. Only 2.29 goals per game were scored – the third lowest in World Cup history – while upsets and classic matches were scarce.

But the 2006 edition more than compensated with iconic moments of shithousery and some of the best goals ever scored in the Copa Mundial.

We’ve collected 15 of the most bonkers moments from Germany 2006, from the well-known to the more obscure.

Opening games used to be tight and tense affairs before Germany and Costa Rica made the brave break from convention.

Six goals were scored, with Germany running out 4-2 victors, including this absolute ripsnorter from Torsten Frings.

Flintoff was a national treasure in 2006 having helped England regain the Ashes during the previous summer.

So, naturally, the BBC included an interview with the cricket star before England’s opening match against Paraguay.

It quickly became clear, despite some strategic sunglasses, that Flintoff had somewhat overindulged in the Frankfurt tap water.

The result was three glorious minutes of Freddie chatting shit to a bemused Ray Stubbs.

Having captured the nation’s imagination with the robot dance and, more importantly, having been invited to David Beckham’s birthday party, Crouch started the World Cup as England’s only fully fit striker.

And, after England had huffed and puffed for 80 minutes against Trinidad and Tobago, the Liverpool striker broke the deadlock with a towering header to relieve all the tension.

On second viewing, Crouch had given himself a headstart by tugging Brent Sancho’s dreadlocks. VAR would never have allowed it.

Here's a look back at his goal for @England against Trinidad and Tobago in the 2006 World Cup 🙌⚽️ pic.twitter.com/gfPGpa95Vo

One of the best goals ever scored. Sit back and enjoy.

Ghana were one of eight World Cup debutants in 2006 and their all-out attacking style was a breath of fresh air in Germany.

Their 2-0 victory over a Czech Republic side that included Pavel Nedved, Tomas Rosicky and Petr Cech was one of the most unhinged matches in World Cup history.

The match in Cologne had everything: goals, end-to-end chances, red cards, the sight of a rarely flustered Cech screaming at his defence as the latest Ghanian wave crashed forward and the ITV commentators miserably failing not to call Ghana ‘naive’.

It encapsulated what makes World Cups so special; two non-box-office sides going hammer and tongs at each other and delighting the watching neutrals. Splendid stuff.

Asamoah Gyan with their maiden goal at the World Cup in 2006.
pic.twitter.com/B57WvMLx0g

Italy’s group match against the United States saw three red cards, a comical own goal from Cristian Zaccardo and American coach Bruce Arena standing on the touchline with the ultra-serene look of somebody who’s actually gone mad.

“Graham comes down with a case of yellow fever.”

On this day in 2006, Maxi Rodriguez did an absolute madness🚀🚀pic.twitter.com/oHMC2uda51

Portugal’s last-16 victory over the Netherlands has gone down in World Cup infamy for being dirty, disgusting and absolutely brilliant. 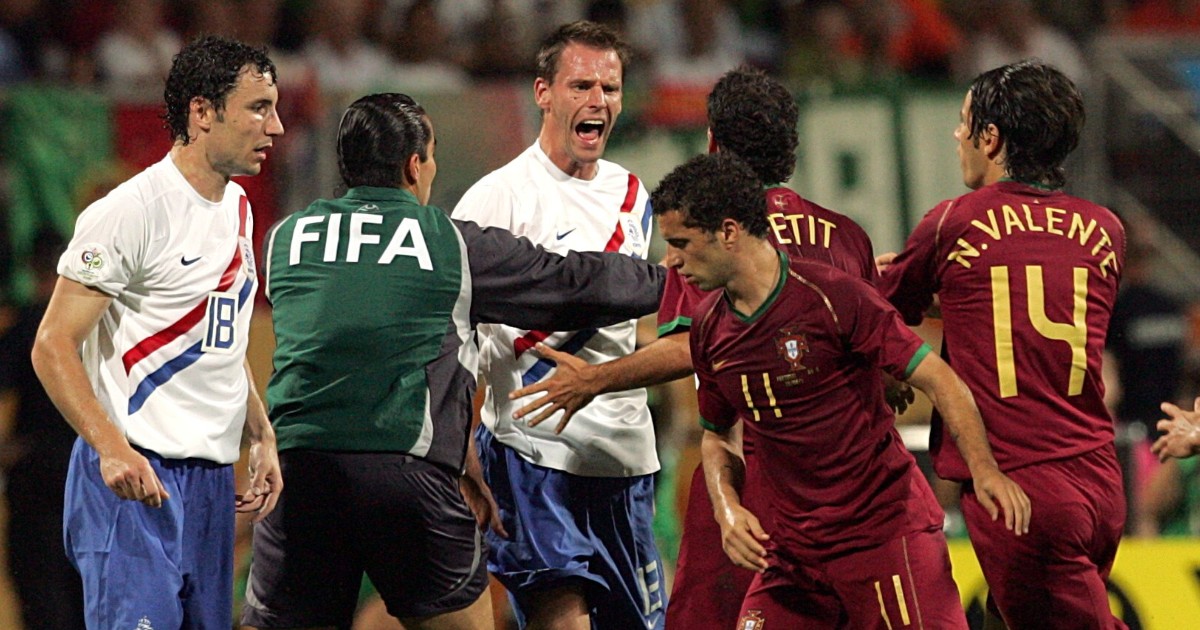 READ: A forensic analysis of all 20 cards shown during the Battle of Nuremberg

Word has it that Grosso is still wanted by the Australian authorities for this gross miscarriage of justice.

Argentina had been the tournament darlings before being squeezed out by Germany at the quarter-final stage.

The mass brawl that followed, including Gabriel Heinze offering the entire stadium outside for a fight, would have seen a knowing smile creep across the face of Alf Ramsey.

While it stung at the time, the way Cristiano Ronaldo’s wink during Portugal’s quarter-final win over England left everybody spluttering with impotent rage was hilarious.

It’s 13 years to the day since Wayne Rooney’s red card vs Portugal at the World Cup.

Was it a stamp? Or was Ronaldo being a winker?

One night in Dortmund

Arguably the best international match of the 21st century came in Dortmund as Germany and Italy clashed in the semi-finals.

Played at a terrific tempo without scrimping on the quality, the game looked set for penalties before Italy’s pair of late sucker punches at the end of extra-time.

And it gifted us some of the greatest commentary of all time in the process. You won’t be able to watch this and not get goosebumps.

On this day in 2006, Italy beat Germany 2-0 in Dortmund to secure their place in the World Cup Final!! pic.twitter.com/dUr4mmyGLV

A Panenka penalty in the seventh minute of the World Cup final against one of the best goalkeepers ever to play the game. Who does this?

In a World Cup final. Against Buffon.

“Zinedine Ze-Ram. The headbutt that reverberated around the world.”