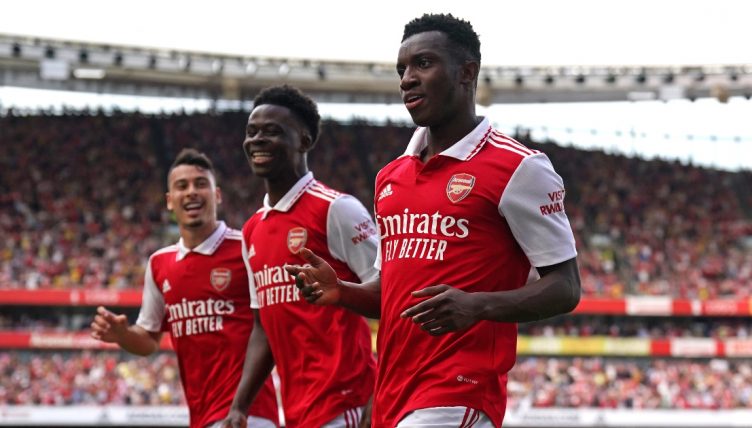 The 2022-23 Arsenal line-up may look very different to how Mikel Arteta sent out his side for the final game of the 2021-22 Premier League season, with transfer targets becoming new signings and potential sales being reintegrated into the squad.

Arteta will be keen to bolster his squad ahead of a packed early-season schedule due to the World Cup in Qatar, and the small detail of the fact Arsenal are back in Europe.

That means he will have to call on every facet of his squad. But who will he start on the opening day of the 2022-23 Premier League?

We’ve had a go at guessing, using our best crystal ball to predict what transfers go through. We’ve given you a starting XI and three subs, because we just couldn’t leave anyone out.

Ramsdale quickly took Bernd Leno’s number one spot last season, and he doesn’t look like he’ll be loosening his grip on the position any time soon.

But his poor individual performance with England against Hungary, not helped by the team’s disastrous efforts, means that he’s likely lost his chance to take the England No.1 jersey before the World Cup.

The 24-year-old’s form declined towards the end of last season too. Could new American signing Matt Turner mount a surprise challenge for the gloves? He’s already endearing himself to the Gunners faithful.

There were two Arsenal teams last season; the one with Tomiyasu, and the one from which he mysteriously disappeared.

When he was turning out for the Gunners, they were all the better for it and whatever the issues were that kept him out of the side, Arteta will be keen to ensure he’s fully back for the whole of the 2022-23 season.

That’s because not only are expectations going to be higher for Arsenal, but they will have to contend with European football again as well as the Premier League, meaning squad rotation will be key.

This time, Saliba has to be in Mikel Arteta’s plans this season… right?

He’ll have to compete with Ben White for a starting spot, or learn how to play on the left, but we’ve chucked him in there because we think he really is all that. 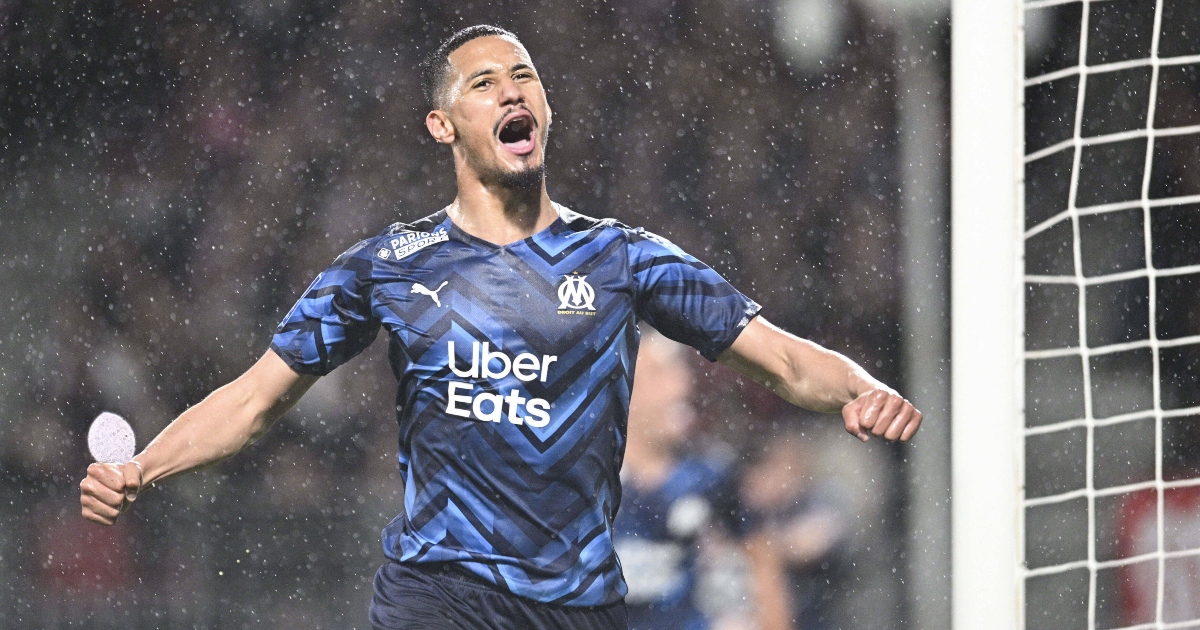 If Saliba is chosen over White, then in a back four it will probably Gabriel who is asked to shift to the left if a left-footed centre-back isn’t bought.

In that eventuality, expect a return to the back three, with the left-footed defender joined by two of Gabriel, White and Saliba.

But Gabriel was last season’s highest goalscoring centre-back in the Premier League, and there’s a good chance he’s ahead of White in the pecking order. His performances could end up defining Arsenal’s season.

It’s now three years since the Scottish left-back joined Arsenal, and his time has been tarnished with injuries.

At 25 years old, he should be entering his peak and may well have the season Arsenal fans have been expecting to see from him ever since he joined, but surprisingly there are rumours about him being next on this list for Manchester City if they can’t get their hands on Marc Cucurella.

Ohhh! Kieran Tierney! That is special! 😍

A terrific solo goal from the Arsenal man 👏

In one of football’s worst-kept secrets, Tielemans has long been a midfield target for Arsenal.

We’re no body language experts but last season it appeared the Belgian’s head had been turned at Leicester as he approaches the final year of his contract at the King Power.

Watch this space but we’d be surprised if this deal doesn’t eventually get done – and when it does, we expect Granit Xhaka to be the one that drops out of Arteta’s preferred XI, despite the long-serving Switzerland international being among the Gunners’ better performers last term.

“They are still working on Youri Telemans, he is the top priority for their midfield,” transfer guru Fabrizio Romano recently revealed.

The Ghanaian was seen as a marquee signing when he arrived from Atletico Madrid in 2020, and after a season adapting to the league he looked quality.

However, his departure for the African Cup of Nations and an injury ended his season early, which also proved to be a death knell for Arsenal’s top-four hopes.

If Tielemans does arrive, Partey will have extra competition – and cover, with a stacked European fixture schedule – but we’d still expect Arteta to call upon the 29-year-old when he’s fit and available.

Not only will Odegaard continue to shine at Arsenal next season, but he will likely do so as captain.

Plus the creative burden may no longer just rest with him. New signing Fabio Vieira will be a solid rotation option for Odegaard, and could play deeper if needed.

“Fabio has the intelligence of the wise old men,” Porto assistant coach Vitor Bruno once remarked of the midfielder.

Arsenal will be hoping he can weave a spell against their opponents.

With his contract expiring in 2024, next year will likely see negotiations begin for a new contract for Saka.

That will be one that should truly identify him as one of their premier talents. He is Mr. Arsenal, and his role in the side is nailed on. 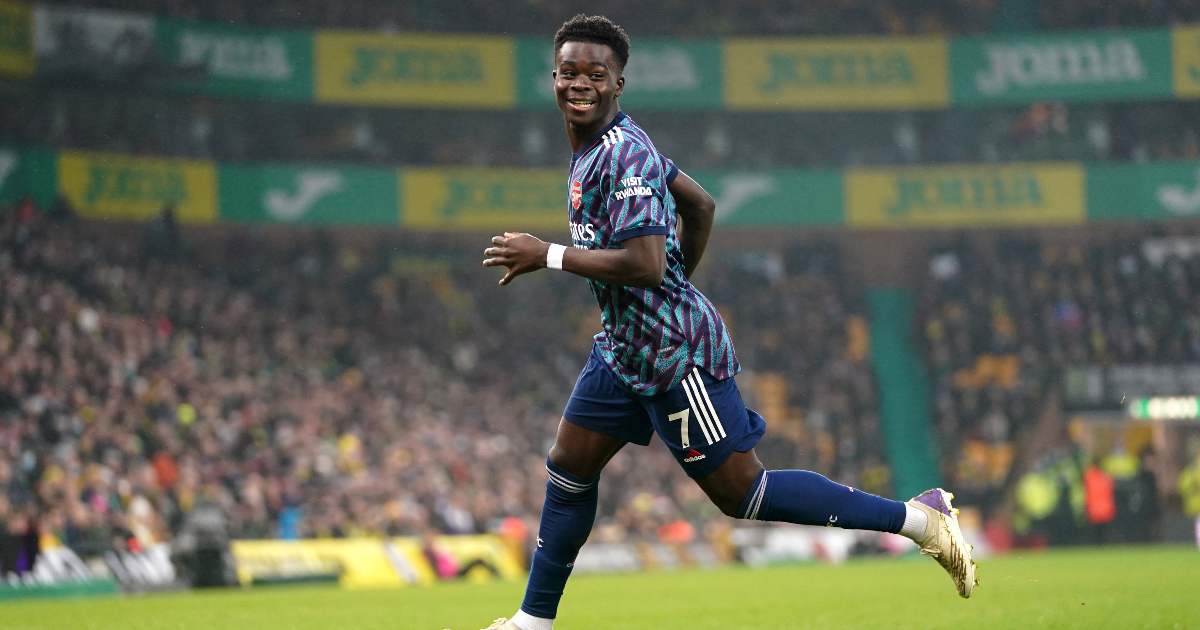 Nketiah has, finally, re-signed for Arsenal as just a reward for his impressive end-of-season record.

But he won’t be the starting striker. Arsenal are in the market for one, and everything indicates that they have decided Jesus is that man.

That’s intriguing considering he’s not really an out-and-out striker, having played out wide for Man City a lot this season, but perhaps that versatility is what Arteta wants most.

There are also valid questions about his consistency. Arsenal? Inconsistent? Never.

🗣 "What are Arsenal buying? This needs to be very, very clear if they want to go ahead with this deal."@Tim_Vickery explains the importance of Arsenal understanding what type of player they are signing in Gabriel Jesus #AFC pic.twitter.com/kFMYoe9TNw

“I’m loving being part of this competition, playing in a league that I’ve always admired,” Raphinha said, and that might just explain why he’d prefer to stay in England rather than move to Barcelona.

“In my opinion, the Premier League is the best championship in the world. It has the best players, the best clubs. The games between the teams are more competitive.”

But those games will likely not be with Leeds next season. Having now helped keep Leeds up he can leave with his head held high, and Arsenal looks the most likely destination.

We know he’s a right winger, but Arteta will have to find some way of ensuring he can play both Saka and Raphinha next season. Raphinha is left-footed and showed some versatility at Elland Road, so don’t be shocked if he turns out on the left.

Meanwhile, Martinelli will be somewhat frustrated, feeling he deserves a chance as a week in week out starter, but he will be a vital rotation option across the front three for Arteta.

Can you name the Arsenal XI from Patrick Vieira’s debut in 1996?