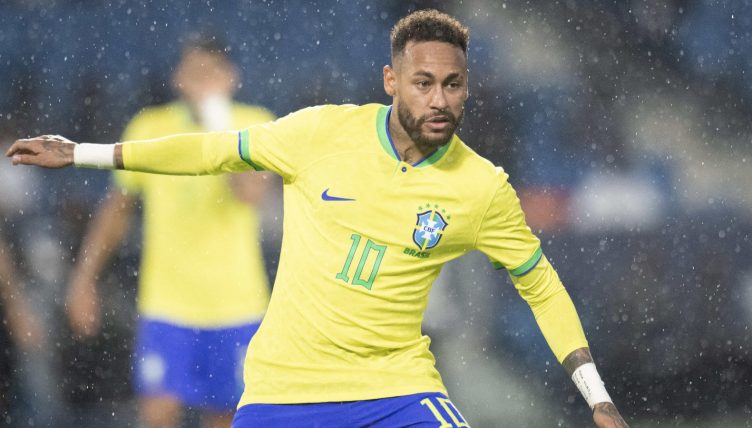 The 2022 World Cup is fast approaching and we have undertaken one of the most critical tasks before any international tournament – ranking the kits of each of the competing nations.

At a glance, the retro theme that inspired many of the 2018 kits has largely been dispensed with for more innovative designs. But, it must be stressed, that hasn’t necessarily constituted an improvement.

There is also a plethora of red kits (15 of the 32 teams in Qatar will wear red), which fatally compromises the rainbow-colour aspect that’s a vital component of any World Cup; justice for our fallen brothers from Italy, Ivory Coast and Peru.

But there’s still plenty of vibrancy on show and we’ve ranked every country by the quality of their kit from worst to best.

Christ. Where to begin?

Belgium’s 2018 kits, a nod to their 80s heyday, were brilliant, but they’ve seriously misfired this time around.

The naff flames, the infantile badge and an away kit from the sales rack at Topman leaves the perennial dark horses at rock bottom of this ranking.

Never mind Qatar, they’d be better off staying in Brussels and having a long, hard think about what they’ve done.

One of the biggest kit crimes of modern times.

The Dutch Oranje, while garish, is one of the hardest international kits to f*ck up, but their 2022 effort looks more like a roll of pumpkin wrapping paper.

Not even a smart Euro 2000-inspired away shirt can save Virgil van Dijk and co here. A crying shame.

Switzerland took the rare step of actually being interesting at the last Euros, beating France in one of the best international games we’ve ever seen.

It’s a shame that hasn’t extended to their 2022 kits, with the godawful ‘picture frame’ monstrosity on their away shirt capping a poor effort from the Swiss.

Canada are the only side not to have released a new kit for the World Cup, partly because Nike simply couldn’t be bothered.

But, while we applaud Canada’s sustainability, we can’t help but hanker for a more interesting design than block red and white.

Let’s hope for better next time from the 2026 co-hosts.

Canada will rock the same kits for the World Cup as they did in qualifying 🇨🇦 pic.twitter.com/UYcEnCP9K0

The home kit is marginally better than your standard red shirt, but that away shirt deserves to burn in hell.

For a side that features in every World Cup, Tunisia are normally forgettable and their nondescript pair of kits match that feeling.

We wish the usually-stylish Nigeria had qualified instead.

Tunisia 🇹🇳 drop their home and away kit for the 2022 FIFA World Cup. #AfricanFootball #Tunisia pic.twitter.com/yGOzO4th27

Strong 2006 vibes with the US home kit, while their away offering is the very definition of ‘overdesigned’.

A disappointing cumulative effort for the USMNT’s World Cup return.

Poland wear the same kit to every World Cup and their 2022 offerings do nothing to disprove our theory.

‘Functional’. Which is better than the eye-bleeding football Iran will play under Carlos Queiroz.

But we also hope that anybody in the beleaguered nation will be able to wear this shirt with pride.

Finally, Iran unveiled their World Cup kits. @TeamMelliIran has decided to go with something more simple. The print on the sleeves is inspired by the Iranian Leopard native to the Persian plateau. pic.twitter.com/8dJNAlfvK9

Not the worst effort from the controversial hosts, with a big badge and a prominent Nike tick elevating it to the level of mediocre.

But you’ll have probably forgotten it by the end of this article.

If we were ranking on home kits alone, England would be facing relegation for a shirt that gives us horrific flashbacks to Iceland in 2016.

But the change strip partially redeems the Three Lions. Smart, an attractive collar, and an agreeably big badge gets a thumbs up from us.

Cast your eyes away from South Korea’s away shirt, which looks like a toddler’s been let loose in a pastel factory, and join us in a sigh about the encroaching simplification of team badges.

The Korean lion used to be a glorious thing but now looks like the entrance to a kid’s club at a provincial zoo. Boo.

It’s nice of Newcastle to lend Saudi Arabia their away kit for the tournament.

Sports-washing jokes aside, these shirts are a tidy pair from the Saudis although the away one looks like something the local hypnotist would use.

Africa provides a good majority of the World Cup’s colour, as shown by the dramatic swish on Senegal’s home shirt.

Even Puma’s horror template doesn’t look half bad in a combination of green and yellow. But will Sadio Mane be fit enough to wear it in World Cup action?

Marmite must be the least Portuguese foodstuff imaginable – try to picture Cristiano tucking into a jar – but there’s no other way of describing their home kit.

Despite the diagonal design making us feel uneasy, and there’s significantly more green than any Portugal shirt should have – it has all the makings of a World Cup cult classic.

The away shirt is a more sober affair while vaguely resembling the loading bar of a software update.

Excuse the fence-sitting, but mid-table it is.

After 64 years in the wilderness, Wales have released two classy efforts to mark their World Cup return, with an understated red number and an away shirt that’s elevated by a funky ‘national flag’ pattern underneath the armpit.

Match one of these with a compulsory bucket hat and you’ll be halfway towards Welsh citizenship.

A pleasingly France ’98 look about Morocco’s home shirt, with Hakim Ziyech looking to fill the Mustapha Hadji role for the north Africans.

The away kit is marred by the faintest of emblems – World Cup kits are like lads holidays in that you go hard or go home – but the green and red trim is a nice touch.

In the absence of Colombia, Ecuador have taken on the mantle of exuberant South Americans and their kits don’t disappoint.

Yellow, with a subtle hint of blue, is a winning combination while the royal blue away shirt is the closest Scotland will get to this year’s tournament.

Uruguay’s baby blue colours have hidden a multitude of sins down the years – 75% of them down to Luis Suarez – but it’s an essential part of any World Cup and the 2022 version satisfies our cravings.

But the away kit, hampered by Puma’s awful template and a stretch of faded printer ink down its centre, means we can’t rank the Uruguayans any higher.

A nod to Australia’s surfing heritage with their wetsuit-inspired away shirt and the home kit is increasingly becoming a World Cup staple.

No chance of getting out of the groups, mind.

Brazil have one of the most unruinable shirts in world football, despite the efforts of Bolsanaro supporters, but there’s something slightly off about their 2022 design.

Is this… the slightly wrong shade of yellow?

Saying that, the away shirt makes a jaguar design work and pardons all other sins in the process.

France’s home kit is a brooding shade of blue, equal parts menacing and a premonition of the camp fall-out we’re all expecting.

Their away shirt, which will be worn in the final group match against Tunisia, resembles a 10-year-old’s art project but manages the infuriatingly French quality of being stylish anyway.

Blessed with the most unique colours in international football, Croatia’s famous chequered shirt has been given a twist for 2022 and we’re not mad about it.

They’ll end up wearing their away shirt more and it’s another triumph for bold design, although not quite at the level of their 2018 classic. Similar to the Croatia team itself

Denmark have toned down their 2022 kits in protest against a World Cup won via corruption and built by the needless sacrifice of thousands of migrant workers.

We applaud their defiance and the kits are beautiful in their own right.

The away shirt screams ‘Urban Outfitters’ but is also very Mexico which makes for an extremely satisfying look.

While their home kit makes us want to line up some tequila shots and eat the spiciest chilli we can find. Ole!

Millions around the globe will be yearning for Lionel Messi to finally win the World Cup and complete football, giving Argentina a responsibility to kit the GOAT in appropriately stylish garms.

They haven’t failed; the home shirt is extremely traditional while the away effort embraces purple and light flames to great effect. The stage is set, Lionel…

Masters of classy and efficient design, Germany have hit the sweet spot again by making a large black stripe into a fashionista statement.

The abstract away effort is the kind of football shirt that would look good with jeans, making a must-have for millions of middle-aged kit collectors everywhere.

That star. That glorious, alluring black star. Twinned with elegant Ghanaian trims, this effort from the 2010 quarter-finalists hits the target with aplomb.

We can’t believe Callum Hudson-Odoi and Eddie Nketiah turned down the chance to wear it.

Lovely stuff from Spain, with a good-looking home shirt that oozes elegance and an away kit that’s the colour of the Mediterranean sea.

“The undulating graphic takes its dynamic inspiration from the art deco-style logo that welcomed football’s finest to Spain in 1982,” according to Adidas which, in corporate speak, means wavy. Very wavy.

One of the most evocative teams in World Cup history – Roger Milla, Massing, Alex Song elbowing an opponent in the back for no apparent reason – Cameroon make a welcome return after missing 2018.

Their kit offerings walk a tightrope between awful and awesome. We’re veering towards the latter; in an increasingly identikit tournament, the startling panels stand out from the pack and they’ve got a proper lion on their crest.

And Samuel Eto’o reckons they’ll win the whole thing. We’ll have what he’s having…

With Spain and Germany making their chances of progression from the group slim, Japan have decided to out-foxed their rivals with a pair of head-turners.

Normally one of the best-dressed nations of any World Cup, the Japanese will don a funky blue shirt against the big two from Europe while trotting out in a paired-back white number for the wooden spoon decider with Costa Rica.

We salute Japan for their commitment to World Cup aesthetics and crown them deserved champions of our kit ranking. 万丈!