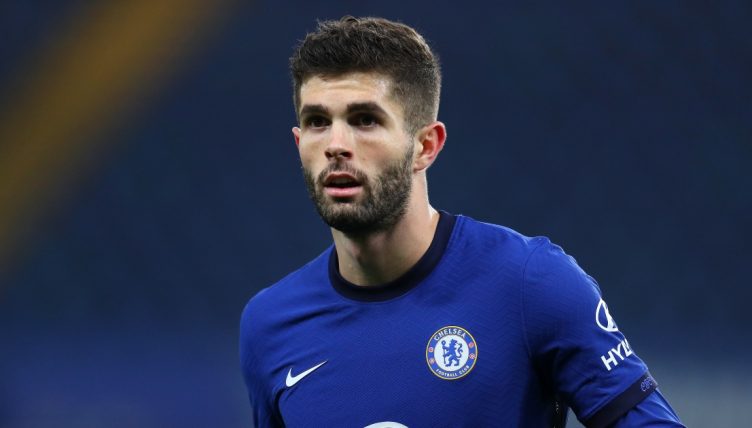 The FA Cup quarter-finals were the focus of sporting attention in England over the weekend as Chelsea, Manchester City, Leicester and Southampton booked their place in the last four.

Elsewhere, Celtic and Rangers put rivalries to one side before the Old Firm derby and Robert Lewandowski maintained his fine goalscoring form for Bayern Munich.

A fitting homage to Ronaldinho from the Chelsea winger.

Ndombele is some serious baller
pic.twitter.com/KoScpXCIEw

The Sheffield United defender is still looking for the ball.

Some things are bigger than football.

Pep Guardiola’s Barcelona would’ve been proud of this goal.

What a move this was for Messi's second goal! 😍

Vintage Barcelona on a night when they hit Real Sociedad for six 🔥 pic.twitter.com/VVV2kcLTsv

Forget about the two goals Dest scored against Real Sociedad, this was his best moment from the game.

Eat your heart out, Roberto Carlos.

Armand Laurienté has scored one of the best free-kicks you will 𝗘𝗩𝗘𝗥 see! 🤩

Pack your bags and go home. The Lorient forward has completed football. pic.twitter.com/Kzy1yw7pQP

Watching a goalkeeper score a goal is undoubtedly one of the greatest sights in football.

🚨 THE GOALKEEPER HAS SCORED! 🚨

It's a beautiful day for Sevilla as Bono scores a stoppage time equaliser! 😱 pic.twitter.com/6IXXcRklch

Varzim goal-keeper Ricardo puts his side 2-0 up v Mafra with a goal from his own area.

This could prove to be a huge moment in the title race.

An UNBELIEVABLE penalty save late on from Jan Oblak! 😱😱

If Atletico Madrid finish this season as champions, that could prove to be a pivotal moment 👏 pic.twitter.com/r6xD7Pp3xg

It’s been quite a week for Sporting’s teenage midfielder Dario Essugo.

He turned 16 on Sunday, signed his first pro deal in midweek, and tonight became the youngest player in the club’s history.

It all got a bit much for him at full-time.#NXGN pic.twitter.com/jqRZoQLyaf

No wonder Manchester United are reportedly trying to sign him.

That touch from Pedro Gonçalves deserved its own GIF. pic.twitter.com/hj5ORh1gb8

Excellent shithousery from the goalkeeper.

Goalkeeper in Vietnam concedes last-minute penalty, saves it and celebrated with a knee slide at the referee 😭 pic.twitter.com/vGXfxhvWsZ

What a way to score your first Serie A goal in nine years.

What a goal from Nabil Fekir! 😱

A brilliant solo effort as he picked it up at the halfway line, dribbled through the Levante defence, and came up with a good finish through the keeper's legs 🔥 pic.twitter.com/ECHlvYNKwQ

Ribery has taken dad dancing to a whole new level.

Another talented player from Arsenal’s academy.

Eighteen-year-old Arsenal midfielder Miguel Azeez with a stunner in the #FAYouthCup 🔥pic.twitter.com/yA3uWLEOdK