Griezmann next? The last 14 players to swap Barca for the PL & how they fared 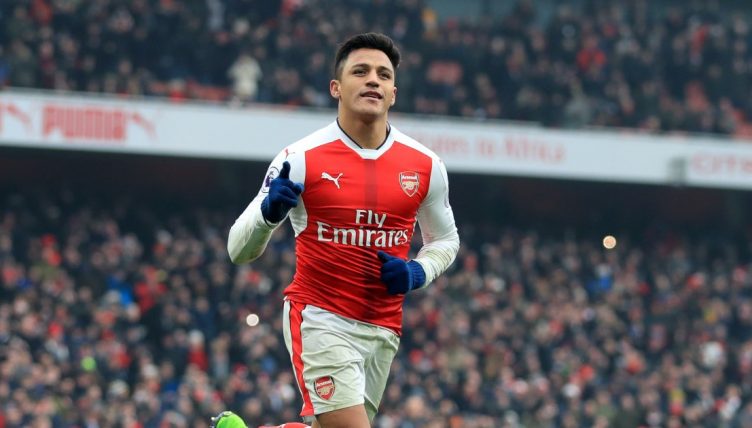 It would be an understatement to say that Barcelona are not in a particularly good place at the moment.

Reports emerging from the Camp Nou indicate that a huge raft of first-team talent will need to be sold for the club to fall in line with FFP regulations and offer Lionel Messi the contract he wants.

Among those they are reportedly looking to move on is Antoine Griezmann and Manchester City boss Pep Guardiola is interested in bringing the Frenchman to the Premier League, according to Footmercato. Griezmann would not be the first to make the swap.

Here, we look at every player who has made the move from Catalunya to the English top flight over the past decade and how they’ve fared since.

His time at Wolves is still a working progress, but Semedo’s first season in the Premier League was not a raging success.

Wolves finished 13th and Nuno Espirito Santo was given the boot. Maybe the right-back will be able to kick on more under Bruno Lage in the coming campaign.

Gomes is a popular figure on Merseyside and that love is now mutual after the Everton fans rallied around him following a horrific injury in 2019.

He made the move to Goodison Park initially on loan in the summer of 2018 but the move was made permanent a year later and a fee of £22million was exchanged for his services.

The nimble winger has moved from Barca to the Premier League twice. He first joined Everton permanently in 2015 before returning to Spain two years later.

Watford bought him in June 2018 and Deulofeu went on to become a fan-favourite at Vicarage Road. His stunning goal against Wolves in the 2019 FA Cup semi-final should be enough to earn him a statue.

Digne was highly rated when he move to Barcelona from PSG but, stuck behind Jordi Alba, he found minutes hard to come by.

Three years with Everton, however, have propelled him the levels of acclaim also reached by his crosstown rival Andy Robertson. Digne is widely considered one of the best left-backs in the business and for good reason.

Mina joined Digne at Goodison Park in the same window, just months after heading in a late equaliser against England at the 2018 World Cup (but we’ve all forgiven him now, right?).

He’s found the net a further six times on Merseyside. That, coupled with his effervescent personality, have made him a firm fan favourite.

Pep Guardiola did not like Joe Hart. So, after taking over at Manchester City, went back to Barcelona to pick up a replacement in the form of Bravo. He stayed until 2020 and collected a few medals, but it’s fair to say the move didn’t work out as hoped…

Admit it, you had forgotten Afellay played for Stoke. He spent four years with the Potters but failed to make his mark.

He made just 49 Premier League appearances in that time, scoring two goals, and spent plenty of time with the under-23’s as well.

But Afellay will always be remembered by Stoke fans, even if it is just for slapping Craig Gardner. Maybe he did make his mark after all.

When Pedro left for Chelsea in 2015, he did so as a Barcelona legend. The Spaniard never quite reached those heights at Stamford Bridge, but a Premier League title, an FA Cup and a Europa League is still a solid haul.

Before he became the thrilling winger he is today, Traore endured a disappointing spell with Aston Villa, the club he left Barca to join.

Part of the Villa side relegated to the Championship in 2015, he was dropped due to what was perceived as his indiscipline on the pitch.

Middlesbrough snapped him up that summer and after two years he moved to Wolves, where, while slathering himself in oil, he has developed into one of the Premier League’s most entertaining players to watch.

Valdes left for the Premier League when his contract at the Camp Nou expired, ending a 24-year association with the club.

In October 2014, Manchester United offered the shot-stopper the chance to train and recover from a recent injury. Three months later, he signed a deal with the Red Devils. But his impact on the pitch was limited, making just two appearances, and he left for Standard Liege a year later.

After making his name with Arsenal, Fabregas made the brave decision to move to Chelsea from Barcelona in 2014. Was it the right thing to do? Two Premier League winners medals would say yes.

Barca really did just get rid of really good players in 2014. Arsenal are definitely glad they did as Sanchez went on to become their eighth-best marksman of all time.

His move to Manchester United was incredibly ill-judged but there is no doubting the quality we saw in the Chilean’s four seasons at the Emirates.

Take us back to the bizarre, heady days when Stoke snapped up random playmakers from Barcelona!

Bojan, unlike Afellay, did impress at the Britannia Stadium. Despite being badly hampered by injury, he was still able to give the fans plenty to cheer about, including goals in wins against Arsenal and Tottenham.

He even stuck with them following their relegation to the Championship in 2018. What a good egg.

It is fitting that the final name on this list also belonged to the Potters. After 11 years in Barcelona, Muniesa swapped Tito Vilanova for Mark Hughes, signing a four-year deal with Stoke.

But, like Afellay, Muniesa struggled in the Premier League. He could not nail down a spot in Hughes’ starting 11, making no more than 19 top-flight appearances in any of his four campaigns.