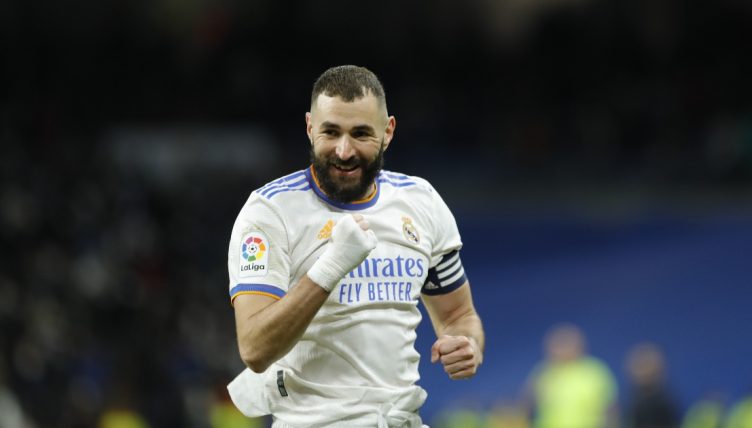 After that weird period of not knowing what day it is around the turn of the year, we’re finally back in the swing of things and the first proper weekend of football in 2022 didn’t disappoint – particularly some cracking ties in the FA Cup third round.

Elsewhere, the major leagues across Europe are all back underway after their winter breaks and Roma and Juventus played out one of the games of the season, while over in Cameroon the 2021 African Cup of Nations finally got underway.

The most Firmino goal you will ever see.

Liverpool have a really special talent on their hands.

The placement on this strike is absolutely stunning.

A brilliant finish by #YoungLions forward Cole Palmer in the #EmiratesFACup third round 👏pic.twitter.com/boGni5ifyT

Flashbacks to Raheem Sterling against Italy in 2014. We’ve all been there, Ruben.

What a goal from Joao Cancelo… oh wait! 🤯

Even Ruben Dias thought it went in 😅#bbcfacup #facup

The youngest player to start an #FACup game for Chelsea! 👏

Roy Keane isn't pulling any punches after that first-half display

The non-league side are now going to face West Ham in the next round.

Take it away, Gaffer…❤ pic.twitter.com/hIh6CAamoY

We bet they all had sore heads on Sunday morning.

It was a consolation in a 5-1 defeat but those Chesterfield fans didn’t care.

Absolutely f*cking love this from the Chesterfield fans. 🥲👏

You should probably turn the volume down before watching this clip.

You won’t see many goals better than this in 2022.

Angel Correa scores from just past the halfway line! 🔥 pic.twitter.com/Or6Mb6Yd1w

Only Di Stefano, Raul and Ronaldo have scored more Madrid goals than him.

The Brazilian is already a fan favourite at Madrid but this will make him even more popular.

Vinicius jumped because he didn’t want to step on the Real Madrid logo.

The stuff that dreams are made of.

Sérgio Conceição's son Francisco scores a winning goal for @FCPorto in the 89th minute, just three minutes after being subbed on by his Dad. pic.twitter.com/iq89MHjj4i

A stunning goal in a remarkable game that finished Roma 3-4 Juventus.

You don't score a free-kick much better than that. pic.twitter.com/RSM4OMVWIG

What were you doing at 15? Actually don’t answer that…

They finally got over their hoodoo and look what it means to the fans.

Marseille forward Amine Harit's video of celebrations with OM fans after their first win at Bordeaux in 44 years last night.pic.twitter.com/VBS6LZDcII

A lovely welcome for the Senegal icon.

This is soo beautiful ❤️

Sadio Mane before he departed for Afcon.

Here he is dancing in Senegal 🇸🇳 with his people. This is what it’s all about. The honour & passion of representing your country. #TotalEnergiesAFCON2021

While we’re on the subject of talented families…