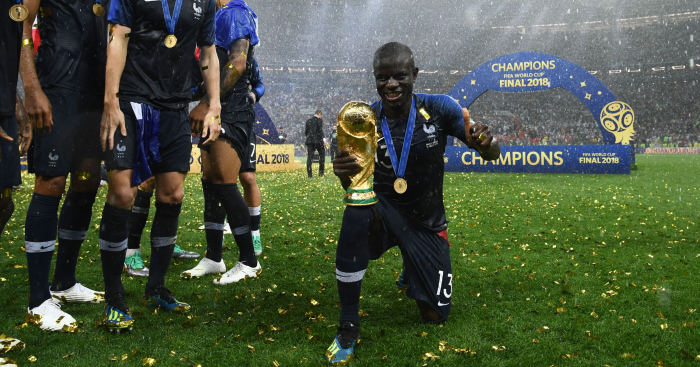 The 2018 World Cup was an absolute cracker – and Chelsea, Manchester City and Liverpool men were among those to catch our eye at various points in Russia.

France lifted the trophy for a second time on Sunday after beating Croatia 4-2 in the final.

It was obviously an unforgettable tournament for Gareth Southgate and England, and we’ve rounded up some of the best moments on and off the pitch from a glorious summer.

There is the suggestion tonight from several sources that during the on-pitch trophy celebrations, Steven N'Zonzi had to ask certain players to let N'Golo Kanté hold the World Cup trophy because the man himself was too shy to ask & didn't want to impose on anyone. What a hero.

A moment so great it earned Iran’s left-back a place in our (alternative) team of the tournament.

Iran with the greatest throw in, in World Cup history 🤣🤣 pic.twitter.com/sPZVYRxbZW

Thanks for the gifs, Alisson.

GIF of the day pic.twitter.com/eFm4aQg26E

Neymar is enjoying himself … #BRA pic.twitter.com/OVYpTR60rs

Just to reiterate the point: Eden Hazard is an absolutely wonderful footballer. This Nike ad summed the Belgian attacker up wonderfully.

There are going to be lots of these. Football fans are ace.

Some Colombian and Mexican fans lifting up an Egyptian fan in a wheelchair in the fanzone so he can watch his country play 😩❤
It's really more than just a game 🙏 pic.twitter.com/rPSCvB41f9

All set in Kaliningrad. First worked with Ally McCoist on WC98. Delighted to be reunited with this bundle of energy and enthusiasm! #CRONGA live on @ITV pic.twitter.com/3mhwYOFdnS

We’d all love to see ourselves as a Panini sticker. This Brazil fan made his dream a reality.

After Argentina’s crucial win against Nigeria, a reporter told Messi: “After the first game I gave you a good luck amulet that my wife gave me, I don’t know if you threw it away or something…”

His disbelief when Messi shows him he had it on the whole time is wonderful.

We sing this at every single penalty now.

Every Nigerian household as they watch that Iceland penalty😂😂 pic.twitter.com/4k3QNgivsC

Wrighty, Keane, Bilic. ITV’s studio was a lot of fun this year. Keane was on such good form, in fact, that we analysed every single comment he made before, during and after England’s defeat to Croatia.

So much going on here.

Roy Keane reluctantly grinning at Ian Wright’s implication that Gareth Southgate was up to something in the woods when dislocated his shoulder. pic.twitter.com/644798xygi

We love him. Of course we bloody love him. But he also deserves praise for services to waistcoat sales.

Waistcoat sales are up by 35% as people copy the @England manager's style. 👔

Plenty of people have tried to denigrate England’s achievement in reaching the semi-finals, but what happened on the pitch is secondary. The real story is that the country has united behind its football team for the first time in a long time. It’s been great. 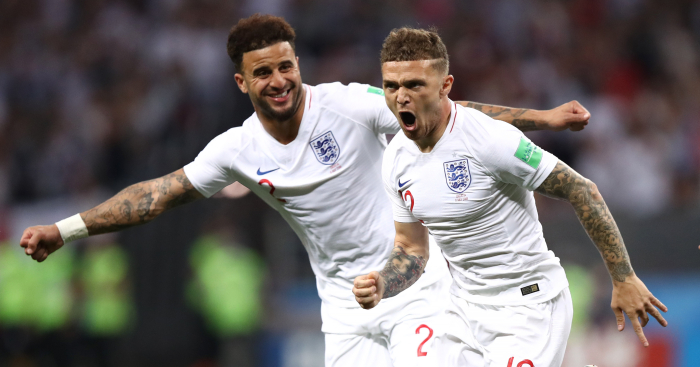 READ: 16 things we loved about England’s World Cup: Southgate, you’re the one

Give that man and his big head a knighthood.

Senegal quickly became one of our favourite teams, while it’s good to see Mane still loves to join in with a celebration.

Even St Petersburg’s Academy of Fine Arts Museum has got World Cup fever.

Subjected to racist abuse after the defeat to Germany, Jimmy Durmaz had the backing of the whole Sweden squad.

This sounds like the start of a very good night.

Re: Korea defeating Germany, thus allowing Mexico to progress to the next round–this video of Mexican fans bumrushing the Korean embassy in Mexico City to thank the ambassador personally, and forcing him to down tequila shots is so beautiful and perfect 😂 #KORGER pic.twitter.com/E1GeZCRrlK

Not a fan of VAR, Nordin?

You can take the boys out of Yorkshire…

Japan’s supporters earned plenty of praise for clearing up in the stands after themselves, and fans of other teams often joined in to help.

A lively tournament for El Diego, shall we say.

It was worth a try.

Panama players tried getting kickoff when England players where celebrating 💀💀💀💀💀Imagine being this desperate pic.twitter.com/OHQ5XRBfwA

Despite Senegalese fans bringing real colour to Moscow, the police are currently searching all their rooms – supposedly to find out why the fans are dancing so much. I kid you not. A sweep is going on right now, with a police dog in tow. #WorldCup pic.twitter.com/UuW5S1pIIZ

This Germany fan’s reaction to Toni Kroos’ last-minute winner against Sweden pretty much sums up how we feel about the whole tournament.

The *other* heroes of the World Cup: Vardy, Batshuayi, Berg, Quaresma…