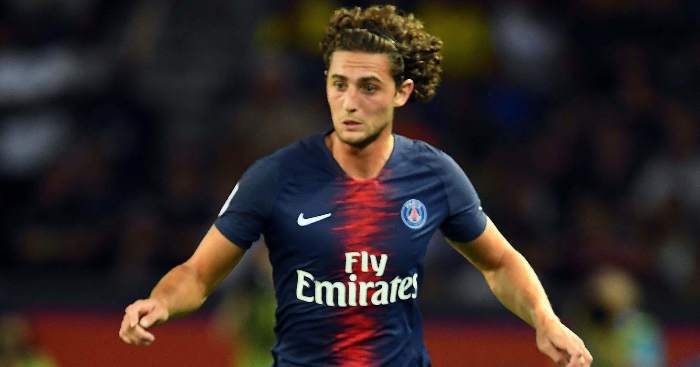 There are some former Arsenal, Chelsea, Man City and Newcastle greats on the list of players that could potentially be available on a free transfer this summer.

Like Sam Allardyce sat in a Bolton office circa 2002, we’ve been scouring databases for which European legends are nearing the end of their current deal.

Here are 39 names you’ll probably recognise that could well be available for a move in the coming months.

Athletic’s Aritz Aduriz, seemingly unaffected by the passing of time for the past five years, is finally starting to look his age. He’s made just 16 appearances this season, scoring twice. At the age of 38, it looks more likely he’ll retire than move on.

Arsenal hero Santi Cazorla has enjoyed a heartwarming career resurgence with the Yellow Submarine, putting his horrific injury woes behind him. Arguably the main reason Villarreal won’t be relegated this season, expect him to sign an extension.

However, Diego Godin, the lionhearted leader at the back during Atletico Madrid’s recent golden years, winning one league title and reaching two Champions League finals, looks set to leave this summer – and whoever gets him is on for a hell of a coup. Inter Milan are reported to have already agreed a deal, but it’s not yet been confirmed.

Daniele De Rossi, Mr Roma #1 ever since Francesco Totti retired, could be on his way this season. The Italian tabloids have even linked him with succeeding Claudio Ranieri in the dugout next season.

Otherwise, it looks like Milan will be clearing some room on the wage bill this summer while significantly bringing down the age of the squad. There are slim pickings in Italy, though.

There’s no bigger statement of Bayern Munich looking to freshen things up at the end of the season than letting Arjen Robben, 35, and Franck Ribery, 36, to leave. A pair so iconic and long-serving they earned a portmanteau of Robbery.

Shrewd operators will be keeping tabs on Gladbach winger Patrick Herrmann, still just 28, who would be a solid addition to any mid-table Premier League side.

After going from Barcelona to Juventus to PSG, Dani Alves could continue his title-winning tour of Europe’s glamour clubs this summer. He’s stalling on a new contract, and he’s previously been linked with joining back up with Pep Guardiola at Manchester City.

Mario Balotelli is expected to stay at Marseille after only joining on a short-term six-month deal in the winter window, but if someone could bring him back to the Premier League we’d appreciate it. Ben Arfa in from Rennes would be the cherry on top.

Adrien Rabiot has been linked with a host of top clubs after allowing his contract at PSG to run down. Still just 24, he’ll be the best available free for any club come June – expect him to join a major Champions League club, although the links with Barcelona have cooled since they announced the signing of Ajax’s Frenkie De Jong.

Daniel Schwaab, an experienced centre-half and title winner at PSV, could be a canny addition for any club looking to add extra quality at the back.

Porto look set for a clearout at the end of the season. Yacine Brahimi has been a gossip column regular for years at Porto and the attacking midfielder could finally be on his way. He’s been linked with Everton among a whole host of others.

Hector Herrera, a tough-tackling midfielder and stalwart of the Mexico national team since 2012, is reportedly set to make the switch to Atletico Madrid. Diego Simeone would love him.

As ever, the Süper Lig’s list of top scorers this season is a gift. Hugo Rodallega! Papiss Demba Cissé! Robinho!