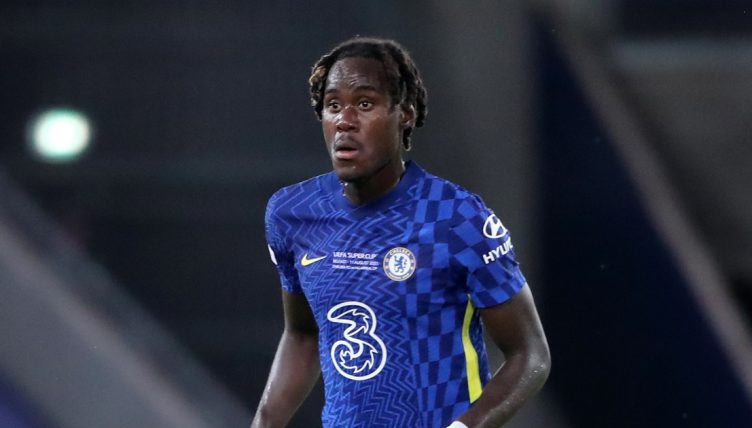 Chelsea will enter the 2021-22 season as champions of Europe, but they’ll be aiming to win the Premier League title for the first time since 2017 – and it could be those on the fringes that make the difference.

While the likes of Thiago Silva, N’Golo Kante, Mason Mount and Romelu Lukaku are all expected to deliver every week, pre-season has given Thomas Tuchel the chance to consider players who found themselves on the peripheries last term.

Helped by many big hitters being slow to return from international duty, we take a look at five Chelsea men who have boosted their first-team chances during pre-season.

Yes, miracles can happen. Around this time last year, Kepa appeared to have burnt potential bridges of rehabilitation at Stamford Bridge.

Following his one-man uprising at the 2019 League Cup final, the goalkeeper acquired the habit of making errors that infuriated Frank Lampard. Eduoard Mendy was bought in to replace him and most assumed Kepa would leave the club.

Perhaps Chelsea were loathe to sell their £71.6 million asset cheaply or perhaps Kepa’s wages proved prohibitive for potential buyers. But he did his chances of eventual reintegration no harm with his penalty heroics in the Super Cup final against Villarreal.

The smart money remains on Mendy being first choice, but the prospect of Kepa starting in goal for Chelsea shouldn’t provoke the feelings of terror it once did – which is handy, as Mendy will be representing Senegal at January’s African Cup of Nations.

"Kepa with the save! Kepa the Chelsea hero!"

Thomas Tuchel's goalkeeping substitution pays off as his second-choice comes up huge in the penalty shootout 🧤#SuperCup pic.twitter.com/cM2hgzYtKd

The brother of Watford midfielder Nathaniel Chalobah, Trevoh was a surprise inclusion in the starting line-up to face Villarreal and impressed with his performance at Windsor Park.

Chalobah, who spent last season on loan with Ligue 1 side Lorient, hadn’t made a Chelsea appearance before the Super Cup final and Tuchel admitted that the 22-year-old had caught his eye.

Speaking after the match, he said: “Trevoh was first in training, the very first in training and is physically strong and deserved to play by his performances so far and again today he was very strong.

“He suffered in some moments but…he never lost face and stayed calm and was physical enough to play 120 minutes. It was quite impressive.

“He forced his way into our thinking. Let’s see how it goes. We still have some days to decide his personal future but in the moment he shows his value to the team.”

The defender has been linked with a loan move, but his composed display could help him force his way into the first-team squad on a permanent basis.

Another surprise starter in the Super Cup final, perhaps this is the season Hudson-Odoi carves out a regular starting spot at Stamford Bridge.

Having enjoyed a breakthrough 2018-19 season, which saw him make his England debut and attract the interest of Bayern Munich, the winger has seen his Chelsea career stall over the past two years thanks to injuries and some inconsistent displays.

Tuchel fielded Hudson-Odoi at wing-back during his first few matches in charge, including a win over Atletico Madrid, but the 20-year-old will surely prefer to play in a more attacking role over the coming months.

After his standout performances against Bournemouth and Arsenal, it’s clear Hudson-Odoi is prepared to fight for his place at Chelsea and has the ability to make a starting spot his own if this training ground thunderbolt is any indication.

Hudson-Odoi was on fire during that training match. pic.twitter.com/IOvyCgeb5m

If it wasn’t for Danny Drinkwater and Ross Barkley hanging around like a long-forgotten tin of pilchards, the plight of Loftus-Cheek would be attracting lots more attention.

A member of England’s 2018 World Cup squad, injuries have threatened to derail the midfielder’s career and his season-long loan at Fulham did little to boost his prospects. It’s worth remembering that Loftus-Cheek will be 26 in January.

But reports from Cobham suggested Tuchel has been impressed by the midfielder in training and Loftus-Cheek’s displays in pre-season have certainly indicated that he’s got the bit between his teeth.

Chelsea’s midfield options would be enhanced by Loftus-Cheek’s sustained presence.

He might be the least known name on this list, but Tuchel is known to rate Sterling highly and has given the defender valuable minutes in pre-season.

After a torn hamstring and a serious illness halted the right-back’s progress following two first-team appearances under Antonio Conte, Sterling spent last season with the club’s U23 side before being integrated into the senior squad this summer.

Chelsea have been eager to bring in a right-sided defender to provide cover for Reece James and Cesar Azpilicueta, especially as Tuchel has been toying with fielding three centre-backs for some games.

Moves for Achraf Hakimi and Adama Traore failed to materialise and, judging by Sterling’s tackle against Arsenal, the solution may have under Chelsea’s noses all this time.

Dujon Sterling. What a tackle. 👏 pic.twitter.com/ukysFPPjbd

Lukaku next: 11 players who returned to Chelsea for a second spell