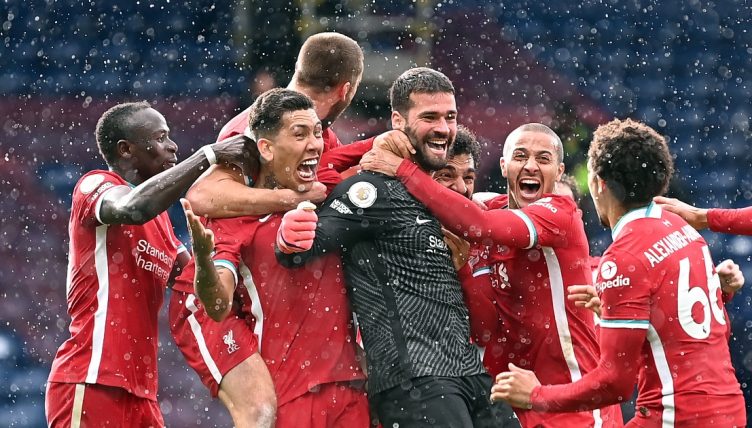 It’s been another weird year off the football pitch, but a cracker on it. We’ve had high drama at club level and two major international tournaments to keep us entertained, and we’ve even been let back into stadiums.

The pan-continental Euros, if not an entirely sensible idea, were a brilliant release after the misery many have endured of late. And in South America, Lionel Messi finally, finally lifted a major trophy with Argentina.

We’ve been treated to some spectacular goals, some heart-warming moments and a fair bit of the downright bizarre too.

Canny even kick a table in anger properly pic.twitter.com/dv9GChIc72

The only thing this clip is missing is popcorn.

Love @jf9hasselbaink reaction to Roy Keane & Jamie Carragher arguing with each other. pic.twitter.com/etI163pEAn

Gareth Southgate wrote a letter and we all cried a little bit.

‘A delivery for Mr Schick.’

In fact, hang on, can we reroute that delivery, please?

Wet for top of the league #pafc pic.twitter.com/XP8BUOJCwo

Honestly, we’ll be watching this on repeat well into next year.

This was just lovely.

Spurs getting flamed by Dulux literally minutes after announcing a new sponsorship deal with them is a mood. pic.twitter.com/mA3wHbXLBc

…or at least we thought it was until we saw this.

He’s so tricky he even sends camera operators for hotdogs.

saint-maximin ends the Burnley defenders and camera man with a fake shot pic.twitter.com/BGHsqshfBo

The greatest shithouse moment of 2021.

Not quite Townsend, but a funny riposte to Ronaldo all the same.

Andriy Yarmolenko saw what Cristiano Ronaldo did and reversed it 😂🔄 pic.twitter.com/koH8o8TCx9

Neymar was in tears after Brazil lost the Copa America final but he still came to his friend Lionel Messi and gave him a one minute long hug to congratulate him. ❤ pic.twitter.com/h5J3HjpCLc

The Chelsea striker was having none of the idiot’s antics.

Sam Kerr could run through a brick wall I'm not convinced otherwise… pic.twitter.com/J6vQTRXHv6

This was weird. But weird in a good way.

Do you reckon Big Rom was a bit happy when Inter won Serie A?

Romelu Lukaku doing the same thing every Inter fan appears to be doing right now… hanging out of a car driving round Milan celebrating the title win! pic.twitter.com/GjkNBRxWG1

The anti-Super League protests actually worked and made us believe fans had a little bit of power in football again. For about two days. But it was nice.

Arsenal fans are out in their masses to protest against billionaire owner Stan Kroenke, due to the proposed European Super League. pic.twitter.com/aKz4nPIBdv

"He's always had a problem with people from Liverpool." 😳

Who needs selfies when you can carry around a bum bag full of photos of yourself ready to sign?

Neil Warnock and his signed photos are the single greatest thing about this summer’s pre-season.

The man is a national treasure.

After some arseholes racially abused the three England players who missed penalties in the Euro 2020 final, this lot restored our faith in humanity.

❄️ No jacket, snow hammering down, smile on his face.

Kieran Tierney in Arsenal training at London Colney today in the snow, still in shorts & a t-shirt.

Talk about kicking a man while he’s down.

Six months on, we can just about laugh about this now.

An Italian journalist asked Bonucci for a selfie right after the Euro Final. Unintentionally Harry Maguire still sad about the defeat leading to an epic photobomb. It shows the two side of football….joy and pain pic.twitter.com/oZiGOjlUqj

rob beckett sitting in a random backstreet eating kfc at 11pm is a true reflection of english people post winning an england game and i am loving it pic.twitter.com/bpFSILcgs9

2021 peaked when Spain 5-3 Croatia and France 3-3 Switzerland happened on the same day. 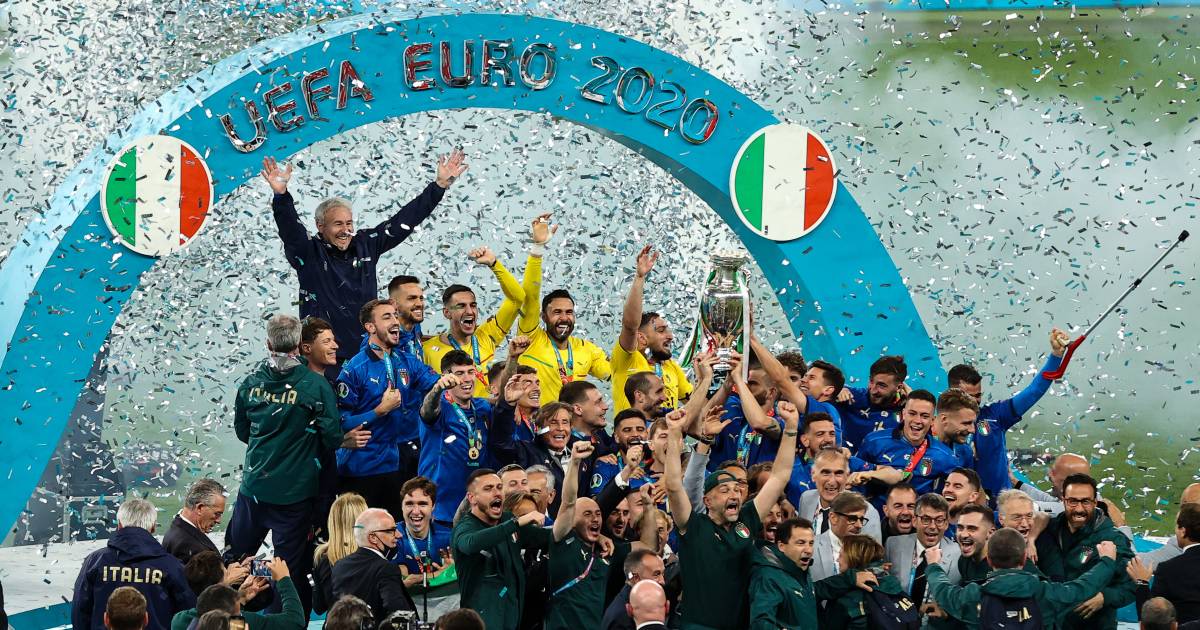 READ: 28 iconic moments that tell the story of a magnificent Euro 2020

The air of a man who knew he’d be seeing in 2022 leading Real Madrid at the top of La Liga.

Carlo Ancelotti casually blowing on a cup of coffee as Everton score the NINTH goal of the game. Calm as you like.@btsportfootball | #EVETOT | #EFC pic.twitter.com/E9GK45OQfF

His spell at West Brom is best forgotten. Apart from this.

The most infectious laugh on telly.

On this episode of #MOTDTop10 with @GaryLineker, the pundits have to pick a best XI from club team-mates.

Listen to Match of the Day: Top 10 on @BBCSounds now 👇#bbcfootball

The Leeds fan in our office still watches this daily.

Shaqiri tries to swing off the bar and misses 😂😂 pic.twitter.com/yDvzIQfLXR

We already miss watching him.

Sergio Aguero's reaction when the fourth official got his number wrong 🤣#BestOf2021pic.twitter.com/bqtdOuqGsi

Robert Lewandowski had to wait until the 90th minute to break Gerd Muller's goal record, but he did it 👏

A header any No.9 would be proud of.

In case you missed the epic Alisson goal, or just want to watch it again… 🥰pic.twitter.com/LQMtBxdOHO

A riddle wrapped in a mystery inside an enigma.

More directors of football should act like they’ve had 10 pints on an away day, we reckon.

We can’t wait to see what 2022 brings for the Arsenal wonderkid.

The run. The nutmeg. The one-two. The finish.

This goal by Indonesia had it all 💥

Eat your heart out, Erik Lamela.

Okay, we see your Erik Lamela and raise you Leixões midfielder Joca and this ridiculous rabona chip. pic.twitter.com/qSBEGPqIof

RB Leipzig signed him. Their scouts must have missed this.

This Ajax ballboy is not here for your time wasting bullshit pic.twitter.com/YlxkNvASy5