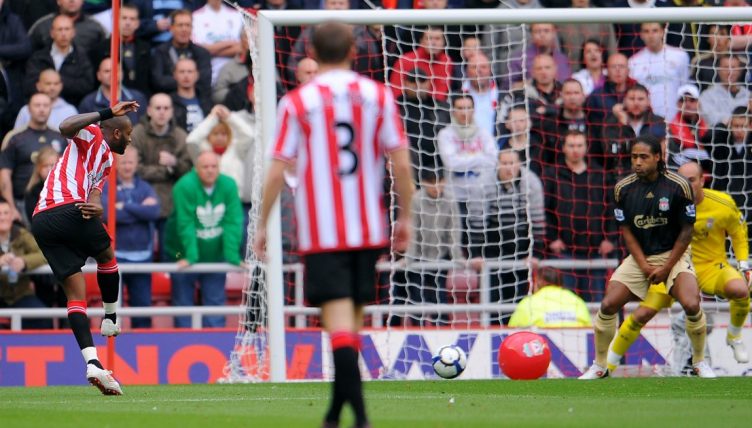 Love it or loathe it, VAR has completely changed Premier League football.

It’s safe to say it hasn’t stopped people discussing officiating decisions, but it has changed what we think of what should and shouldn’t be handball and offside. With replays and the modern interpretation of the laws, some classic and hugely significant Premier League goals would never have stood.

There are, of course, tons of examples. These are six that stood out to us, but if there are any other egregious moments you really think should have been included, tweet us @planetfutebol.

Eight months before Arsenal were crowned the Invincibles, they were perhaps a little fortunate to draw 1-1 at home to Harry Redknapp’s Portsmouth at Highbury – something Portsmouth fans are understandably keen on reminding people of.

A 37-year-old Teddy Sheringham had put Pompey a goal ahead early on, only for Thierry Henry to equalise from the penalty spot shortly before half-time. But he would never have had the chance if Alan Wiley had a chance to see the incident again via a pitchside monitor.

“It wasn’t a foul, I didn’t even touch him, he dived over my leg, it’s as simple as that. Arsenal were unbeaten through that 2003-04 season as they took the Premier League title, The Invincibles they were christened, but a dive stopped us beating them,” Dejan Stefanovic later said in Neil Allen’s book Played Up Pompey Too.

“After the game, Pires apologised to me, ‘That wasn’t my decision, it was the referee’s, what can I do?’ I accepted that. He’s a good guy and what happened, happened.”

Quick reminder that this Pires dive is the only thing that stopped Portsmouth beating the invincibles x https://t.co/Ld5V2w63As pic.twitter.com/pxVZAHXKIn

Perhaps if there was a VAR official offering advice to referee Mike Jones, he would have ruled out Bent’s infamous beach ball goal, Sunderland’s match-winner against Liverpool in a 1-0 win at the Stadium of Light.

According to the official rules, the game must be stopped if an “outside agent” enters the field of play. Jones was demoted to the Championship the following weekend.

“I didn’t even think, ‘Oh my goodness, I’ve just hit a beach ball!’ I just thought, ‘Yes, another goal! That’s another one ticked off the list, let’s try and get another goal.’ That’s just how my mentality was,” Bent recently told us.

Manchester United won nine and lost just one of their last 11 Premier League games in the 2009-10 season. Crucially, that defeat came against Chelsea, as United ultimately finished a single point behind Carlo Ancelotti’s title-winning Blues.

The loss also came in a controversial manner, with the linesman somehow missing Drogba straying well offside for Chelsea’s second goal. Federico Macheda hit back a couple of minutes later, but it proved only a consolation in a 2-1 defeat at Old Trafford.

One of the strangest goals in Premier League history, Nani helped seal three points for Manchester United with the second goal in a 2-0 home win against Spurs.

Regardless of the ins and outs of this one, looks like there’s just a hint of offside from Nani before he cheekily taps this one home. 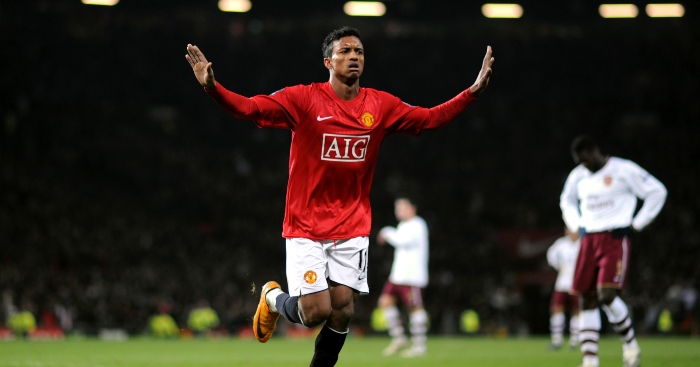 Manchester City suffered only their second defeat by the halfway stage of their title-winning 2011-12 campaign, an unforgettable smash-and-grab for Sunderland at the Stadium of Light on New Year’s Day 2012.

City registered nearly 70% possession, while Martin O’Neill’s Black Cats made 50 clearances to keep City at bay before South Korean striker Ji Dong-won somehow found himself with a golden opportunity in the 93rd minute.

He looked fractionally offside as the ball was played into him. There’s no question had VAR been in use with the 2021 technology, it would have been chalked off.

5 years ago Ji Dong-won lifted the roof of the SoL with his injury-time winner v Man City pic.twitter.com/pACkyd11ze

Chicharito bloody loved scoring against Chelsea, ever since he scored 31 minutes into his Manchester United in the 2010 Community Shield. The Mexican striker scored nine goals in nine appearances against the Blues, including in a run of four straight games as a substitute, but none of his goals were as controversial as this one.

Roberto Di Matteo’s reigning European champions started off the 2012-13 Premier League campaign on fire, unbeaten in the first eight games with seven wins and one draw, but things took a swift downturn when they hosted United in the October of that season.

Chelsea had fought back from two goals behind, only to then be reduced to nine men after Branislav Ivanovic and Fernando Torres were sent off in quick succession.

Hernandez compounded their misery by scoring the match-winner in the 3-2 win at Stamford Bridge within 10 minutes of his introduction – but replays showed the poacher was clearly offside.

Di Matteo was sacked a month later as Chelsea failed to win their next six league games, while United won the title at a canter.