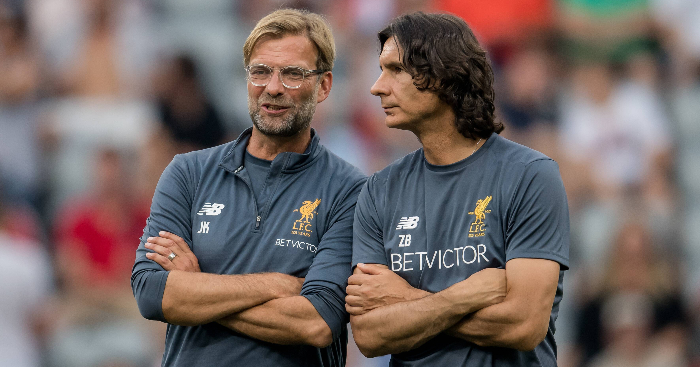 There’s a common trope in football that a manager’s assistant is the “real brains behind the operation”, but is that ever actually the case?

Coaches with valuable experience at Liverpool, Chelsea, Manchester United, Manchester City, Leeds United and Everton have all left to take on new challenges in recent years, and arrived with big reputations.

But how have they fared? Here’s six notable names and how they’re doing now.

The Bosnian, also known as ‘The Brain’, enjoyed a fruitful but reportedly volatile relationship with Jurgen Klopp for nearly two decades between Mainz, Borussia Dortmund and Liverpool.

But his sudden departure in early 2018 was evidently one falling out too many, and after about a year out he took up a post as sporting director at FC Dynamo Moscow in February 2019. They’ve started the 2020-21 Russian Premier League campaign in mixed form, with five wins from 10, sitting sixth in the table.

Liverpool have done alright without him, going on to win the Champions League and Premier League in spite of Buvac’s recent explosive claims he “did the job of a manager”.

“I didn’t,” he responded, when asked if he congratulated his old club on ending their 30-year-wait for the Premier League title. “I was happy for Liverpool, for the fans, for the players. But I didn’t.”

Jose Mourinho’s ever-present partner in crime stretching in his all the way back to his Uniao Leiria days, his fellow Portuguese finally left his side in the summer of 2018 – a few months before Mourinho’s sacking.

The passionate and outspoken coach, complete with his own ‘Controversies’ section on his Wikipedia page, finally took up a first head coach job at Qatari side Al-Duhail in January 2019.

“The one that has more potential than any other one, the one that if he wants to become a manager tomorrow he is more than ready to do it at the highest level […] is my assistant, Rui Faria.”

It didn’t quite work out that where at Al-Duhail, where he was sacked following a 4-0 defeat to Xaxi Hernandez’s Al Sadd, but he did lead them to the Qatar Emir Cup during his year there.

Eddie Howe’s right-hand man throughout Bournemouth’s five-year stint in the Premier League, he’s now in the hotseat of the club for whom he made nearly 200 appearances between 1998 and 2006.

He served as assistant during the Cherries’ last promotion in 2015 and has been tasked with taking them straight back up. It’s early days at the Vitality but he’s made a more than reasonable start, taking 10 points from their opening four games in 2020-21.

It’s been less than a year in the job but Arteta’s made a great start to life as manager, beating his old mentor Pep Guardiola as well as Jurgen Klopp’s Liverpool in three different competitions, winning the FA Cup and Community Shield over the summer.

Huddersfield’s decision to sack the highly-regarded Cowley brothers was an eyebrow-raising decision, but they’ve clearly made a decision to emulate Marcelo Bielsa’s success at their Yorkshire rivals Leeds United.

The Spanish coach worked closely with Bielsa at Elland Road, as well as doing a successful job with the Under-23s, instiling the same style of high-intensity football for the club’s next crop of youngsters and leading them to the Professional Development League title in 2019.

It’s early days at the John Smith’s, but getting started with a League Cup defeat to Rochdale and back-to-back Championship losses to Norwich and Brentford suggests he’ll have his work cut out.

But there have been some subsequent signs of progress with a 1-0 win over Nottingham Forest.

There was often talk behind the scenes during Marco Silva’s stints with Hull City, Watford and Everton, that his long-serving assistant Joao Pedro Sousa was an influential presence on the training ground.

He took up his first job as manager at newly-promoted Portuguese club Famalicao last summer, and made a blinding start – named Manager of the Month in the first two months of the season as they remarkably topped the table in late September.

They finished a more than respectable sixth place in the end, and Sousa’s already being talked up for the next big jobs in Portugal.